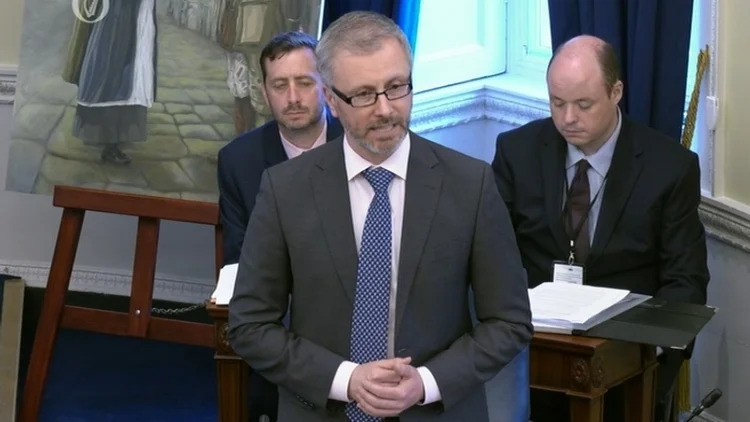 THE government has spun it’s ‘big wheel o’ apologies’ and landed on ‘illegal birth registrations’, the fancy new term that it has coined for the practice of the Catholic Church selling babies to wealthy families and doctoring the paperwork to make everything seem legit and the State turning an ignorant eye.

As such, the Minister For Children Roderic O’Gorman was instructed to complete the all-purpose State apology and read it out, with orders from the Taoiseach to ‘make it seem really sincere’ after a few lacklustre and insincere-sounding confessions over the years.

“Don’t say ‘selling babies’. In fact, don’t say ‘babies’ at all, or ‘children’, or even ‘person’ or ‘human being’. Just say ‘birth registrations’, then it doesn’t sound all that bad,” an advisor advised, as Minister O’Gorman practiced his ‘aw sowwy’ voice.

“Don’t say ‘the Church’, or ‘nuns’- we’re having hassle on that subject over with the maternity hospital. Say ‘Department at the time’. Oh, and be sure to refer to it as a ‘historic incident’, which makes it seem like it’s back in the 1920s, and wasn’t happening as recently as Italia ’90. If you can say you ‘deeply regret the anguish those affected by illegal birth registration may feel to this day’, that would be great. An outsider might not know what the hell you’re apologising for, in fact it sounds like these guys are really making a fuss about nothing. Ok, go!”.

As is customary with State apologies, many of those affected by the issue have stated that they’re not happy with the outcome and feel a full inquest on the matter is required, which will be spun as some people ‘never being happy’ or indeed ‘just out for as much money as they can get’, as is also customary.