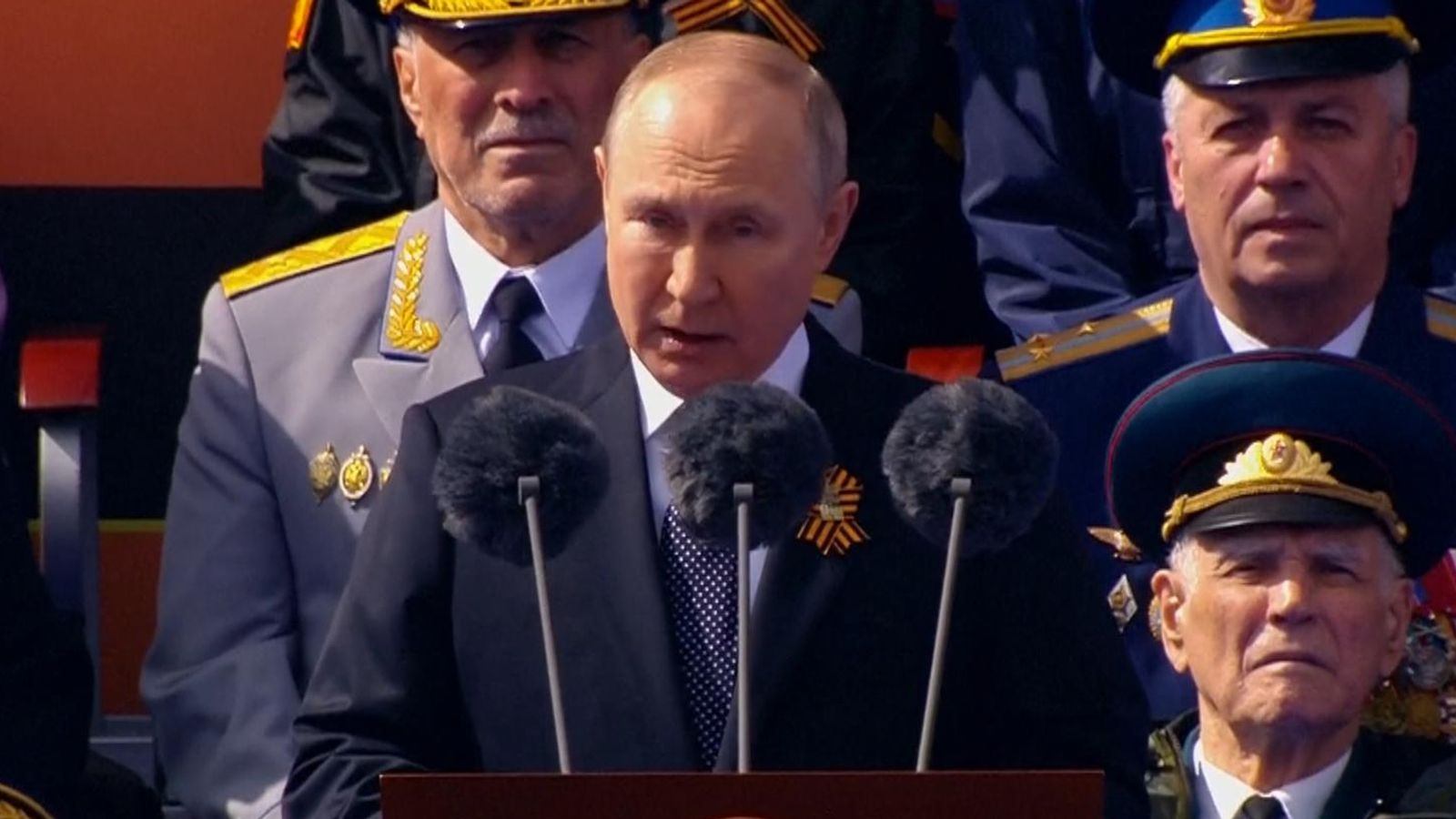 RUSSIA MARKED ‘Victory Day’ yesterday, celebrating the Soviet Union’s defeat of Nazi Germany in World War II. At the military parade in Moscow, Vladimir Putin delivered a much anticipated speech, sections of which have been reproduced by WWN below:

“Quieten down at the back. I hear you whispering ‘isn’t it beyond ironic that we’re celebrating defeating the Nazis but we’re carrying horrific war crimes in Ukraine now’ and honestly, it’s putting me off my speech stride here” – Putin’s speech got off to a shaky start.

“I thought I’d start with a joke, so here it goes… Russia! No? Anyone? Is this thing on?”

There was talk of history’s greatest monster too as Putin condemned people making direct comparisons between him and Bono.

“This is not a Victory Day Parade it’s a Special Commemoration Operation. And I reiterate there is no ‘war’ in Ukraine, if it was a war then your sons I’m sending off to die would be entitled to higher compensation, and let me tell you sanctions are a bitch for the wallet” – a brief moment of candor from Putin.

“Act cool, and don’t all look over my left shoulder at once but is that the guy who played Walder Frey and the caretaker from Harry Potter behind me? Security at these things is a joke”.

“We have been attacked across the western world, our ambassador to Poland had red liquid spilled on him – this is a direct attack on our dry-cleaning forces” – Putin speculated that if these attacked continued, Russian diplomats could be without clean suits by the end of the month.

“You may think a parade involving thousands of military personnel is an over the top way to distract from how bloated, frail and tired I look to which I say ‘hey, look over there, is that a tank'”.

“Of course it was our intention to have many more tanks in the parade but you can blame Ukrainian farmers and their tractors for that”.

“I fully intended to show off the might of our fighter jets, which are superior to all others, but it’s a bit windy so we can’t” – Putin said explaining the absence of the air force.

Briefly descending from the gantry, Putin took to Red Square to fight a bear in hand to hand combat, large TV screens around the square instructed the crowd ‘don’t believe your eyes’, ‘the bear is not sedated’, ‘Putin did not shoot it with a machine gun, he overpowered it with his raw strength’ and ‘applaud now’.