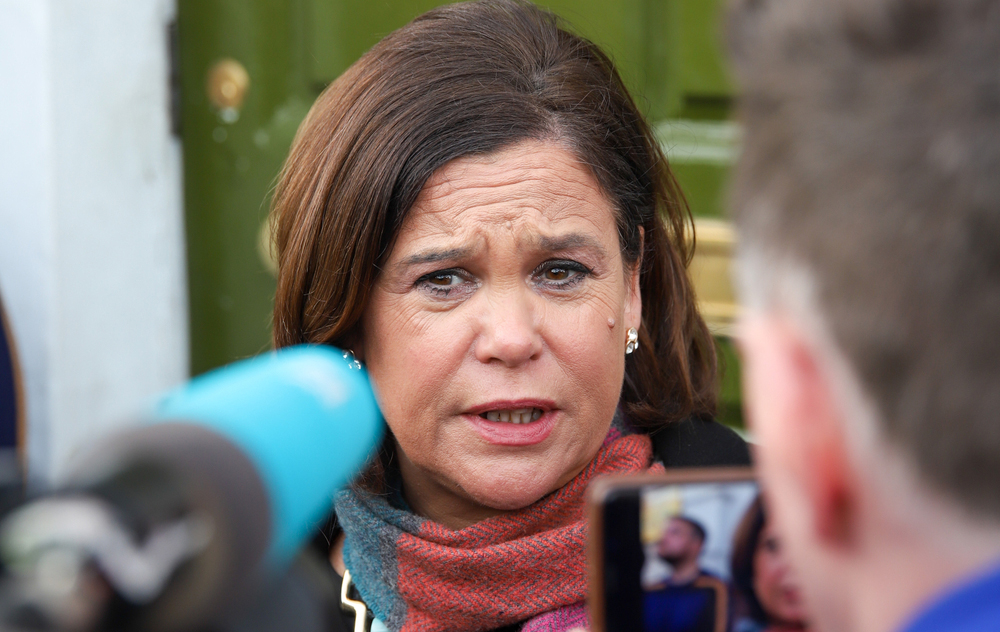 A COMMANDING lead in successive polls, Sinn Féin remains the party with the largest support and look on course to become the leading governing party after the next election.

However, could they let their lead slip? WWN examines how it could all go wrong for the Mary Lou McDonald led party.

Game changing events which could undo the party’s progress in the polls include:

If the Irish Independent gained editorial control of all media outlets.

In a masterstroke of Machiavellian political plotting, Leo Varadkar declares his support for Sinn Féin and tanks the party’s poll numbers overnight as a result.

Pearse Doherty finally reveals he is actually Danny Dyer and devoting himself to becoming a cockney geezer full time.

Interrupts any government minister who is in the middle of digging a massive hole for themselves during Dáil speeches.

Produced a policy document which stated that Nordie Tayto was the superior Tayto.

If any of Gerry Adams connections to the IRA were discovered by the public.

If the party loosened their vetting process for party candidates to include people with anti-vaxx beliefs, a history of xenophobic and sexist comments, senators who pocketed Covid grants, MLAs who don’t bother turning up to Stormont and other assorted eejits.

If they extended their strong pronouncements in the Dáil for supporting women and the need to believe and support victims of all kinds to former members of the party who left amid accusations of being driven out and bullied.

Voters discover a party in Northern Ireland called Sinn Féin which moved to make sure hunting with dogs was not banned, reversed its own calls to reduce the tax rate to 12.5% after discovering it would result in a cut to public spending and gutted sections of a new defamation law aimed at making it harder to cycnically silence journalists by threatening them with legal action.

If Sinn Féin produced a housing report which suggested the crisis would take more than just Sinn Féin winning an election to solve.

If we’re all wiped out by a meteor before the next election takes place.