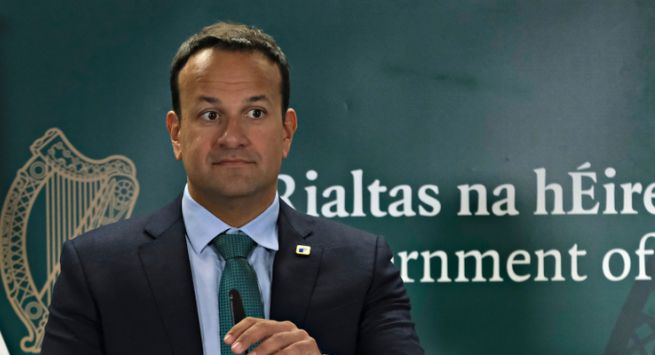 CURRENT Fine Gael leader Leo Varadkar has stated that he doesn’t like this new media trend of describing him as the ‘current Fine Gael leader’, and has asked members of his party if perhaps they know something he doesn’t.

Varadkar’s unrest comes as support for his party took yet another fall in the polls, this time dipping from 20% to 19% while Sinn Féin remained steady at 33%, something the Tánaiste puts down to a ‘speed bump’ on FG’s continued road to political dominance in Ireland and certainly nothing to worry about.

Brushing off suggestions that his role as leader of the party has lead FG to their current standing, Varadkar assured himself and himself alone that everything was going to work out just fine in the end.

“First of all, I’d like to welcome Ivana Bacik as the new leader of the Labour party after they got rid of Alan Kelly due to his inability to garner support, and I’d also like to remind everyone that we’re only allowed do that kind of thing once every six years, okay?” said Varadkar this morning at FG headquarters, while the sound of knives being sharpened echoed from behind a door with a sign reading ‘No Leo’s allowed’ hanging on it.

“The rest of the gang are back there planning something, I’m not allowed see what it is yet though. Probably a surprise party for my birthday, or maybe just a surprise party because they love me so much. Anyways, looking forward to the next opinion poll, where the public will have seen the error of their ways and put us back where we belong!”

Meanwhile Eamon Ryan has given everyone in the Green Party the day off to celebrate their ‘miraculous’ 5% share of the polls.