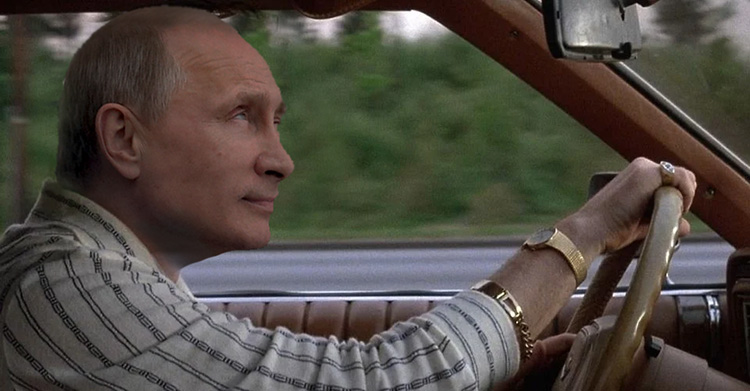 REPORTS from Kremlin insiders have shown that Russian dictator Vladimir Putin’s paranoia has reached ‘ah here’ levels, prompting many aides to put in for holidays over the next few weeks just to get out of the place.

“I’m fucked if I’m hanging round here to be carted off to the Gulag under suspicion of being a spy for the west,” stated one intern, handing in his notice and getting the hell out of Dodgeski as the faint sound of Putin screaming at his advisors from the end of an impossibly long table echoed from a faraway office.

“I dropped him in a cup of tea the other day and he made me drink it in front of him instead. He hasn’t consumed fluids in a week, maybe more,” confirmed a member of the canteen staff, who is currently isolating at home for 14 days after insisting they felt Covid-like symptoms and ‘didn’t want anyone in the office to get it’.

Experts studying the situation have suggested that while Putin may not quite have reached ‘Henry Hill driving around looking for helicopters in the sky like at the end of Goodfellas’ levels, it may only be a matter of time.

“Of course, the hope is that once he gets to a certain stage of stress, he’ll just call off the war and that’ll be that,” said one psychiatrist we spoke to.

“But you, know, there’s always the possibility that he’ll say fuck this and, to stick with the Goodfellas metaphor, things get a little ‘Billy Batts’ for the rest of the world”.