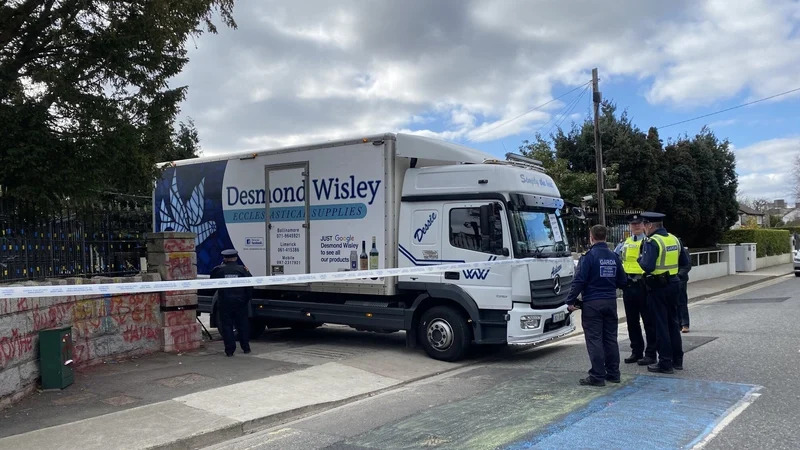 The truck, which has already had a statue built to it and a special commemorative stamp issued bearing its likeness, is sadly not expected to make a full recovery despite mechanics arriving on the scene quickly – so grave were the injuries suffered during the shocking unprovoked attack by the gates.

“We have no knowledge of a truck, this is clear act of aggression on the part of Russia,” said Supreme Leader Micheál Martin as he continued his exceptionally heroic leadership today, stating that the de-gate-ification of the Russian embassy is proceeding as planned.

An Irish Defence Forces intelligence report proves beyond doubt that this was a pre-planned barbaric attack by the embassy, which installed the gates years ago in clear preparation for springing this surprise cowardly attack.

Legal professionals suggest the innocent driver is in line for significant damages after sustaining whiplash.

“This was a special reversing operation, there is no reversing truck crashes, Ireland does not participate in such things, stop swallowing Russian propaganda,” confirmed minister for the removals of gates Simon Coveney.

Despite the vile subterfuge used by enemies of innocent trucks Ireland has offered to open up a humanitarian corridor allowing safe passage for the gates to a safer area such as the M50.