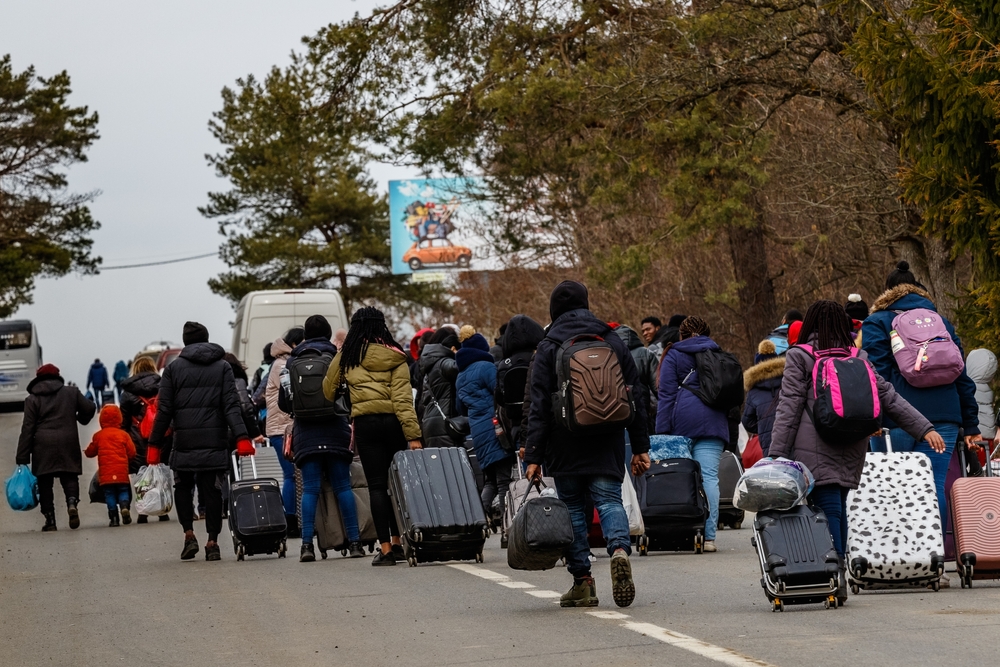 AS IRISH people absorb the news that the country could take in 80,000 Ukrainian refugees as the biggest refugee crisis since World War II engulfs Europe, many experts have said the situation is the definitive test for Ireland’s ‘Céad Míle Fáilte’ claims.

Coming to the realisation that such a large number of refugees would require a national effort and offering up of resources, rooms and compassion, specialists from the branding and marketing department of Ireland Inc began panicking.

“Look it’s okay, maybe Ukrainians have never seen a Fáilte Ireland campaign. I mean, I wouldn’t say we go on and on about how we’re the most hospitable country in the world, always have a smile for a stranger and would think nothing of offering help,” shared one expert on Ireland’s distorted and self-inflated ego.

“I fully support refugees at a distance in another country with a one off charity donation of €3, maybe €4 max,” confirmed one member of the public. “I think what I can do now for these people is focus my efforts on putting forward arguments relating to all the reasons we as a country just can’t do this. If Poland can take 1 million and counting we’ll do you for 300-ish people, sounds fair all in all”.

“This is a moment I’ve been waiting for my whole life,” said one delighted looking person feeling like their prejudices, xenophobia and fear of the unknown had downed a six-pack of Monster energy drinks.

“Where will we put them? What about our own? Is there a plan? Sorry don’t mind me, I’m not actually looking for answers, I’m just going to be shouting this on repeat for the foreseeable future”.

Elsewhere, one emerging trend has indicated Ireland will take 80,000 and more if needed.

“Fuck it, they can stay with me. Anything to make the Brits response look even more pathetic by comparison,” confirmed a growing number of Irish people.