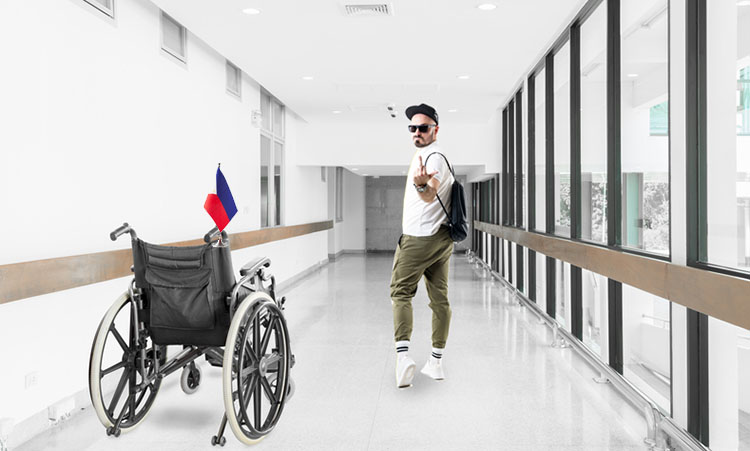 FURIOUS after the entire Russian and Belarusian teams were today banned from the Beijing Winter Paralympics after the International Paralympic Committee reversed its original decision, para ice hockey athlete Yuri Smirnoff began cursing at the assembled press before suddenly standing up from his wheelchair, walking away and flipping reporters the middle finger in disgust, WWN has learned.

The two-time gold medalist Paralympian, who the Russian Olympic Committee claimed was wheelchair bound since birth, stated he was very disappointed with the decision and called the committee a ‘shower of lousy bastards’ while leaving his chair behind and then kicking over a metal bin on his way out the door.

“He was obviously very angry and forgot himself,” one eyewitness believes, “so much so he forgot he was paralysed from the waist down. His handlers later claimed he was doping, but even Russian steroids aren’t that good”.

“It’s a miracle!” a spokesperson for the Russian Paralympic team insisted, likening the walkout to an ‘act of God’, “before some of them could not walk unaided, and now they can – God must be on Russia’s side”.

However, upon their arrival in Russia earlier this morning, all returning athletes were immediately conscripted to fight in the invasion of Ukraine.