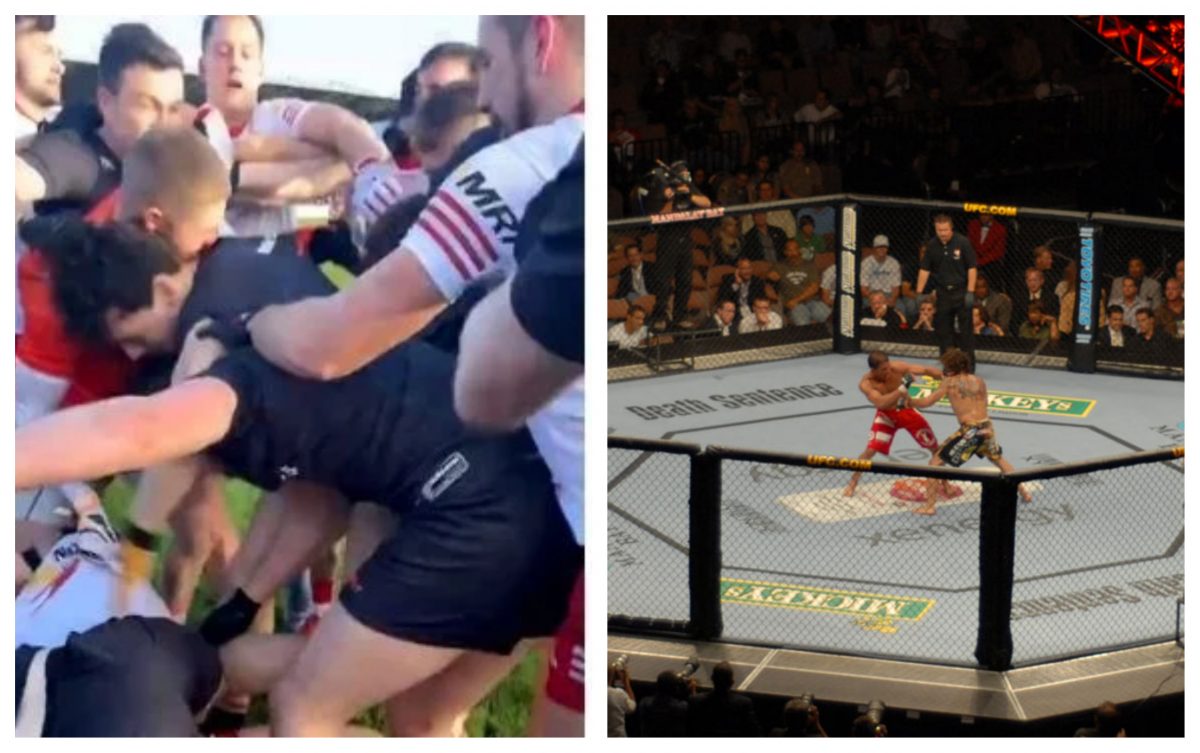 CITING revenue generating opportunities and just straight up practicality the GAA has confirmed all future Tyrone and Armagh brawls which occasionally break into undignified scenes of football will now take place in the octagon.

“Big Herb Dean would do a better job of handling the players than David Gough, that’s for sure,” offered one GAA board member, aware that the game has picked up coverage on all major combat sport websites and podcasts, and that the match was somehow awarded ‘fight of the night’ ahead of UFC271 next weekend.

With five injury time red cards amid a sea of unruly and aggressive brawls, the Pay-Per-View options are endless with a number of high end and Vegas venues already bidding to host the next game between the sides.

“Schmoozle, melee, GBH, lads just letting steam off, whatever you call it there’s no getting around it it’s easily more entertaining than any football being played these days. This, alongside watching Dublin lose, is where the real money is at in the future of GAA. We’ve got to evolve,” said new GAA Fight Pass coordinator Dana White.

Elsewhere, a local die hard GAA man has confirmed that ‘it was only handbags’ and when pushed for what exactly would constitute fighting above ‘handbags’ levels he responded ‘actual manslaughter or murder’.

Meanwhile, GAA players have been asked to follow the example of standard bearing rugby players who largely keep their violence off the pitch and out of the papers.