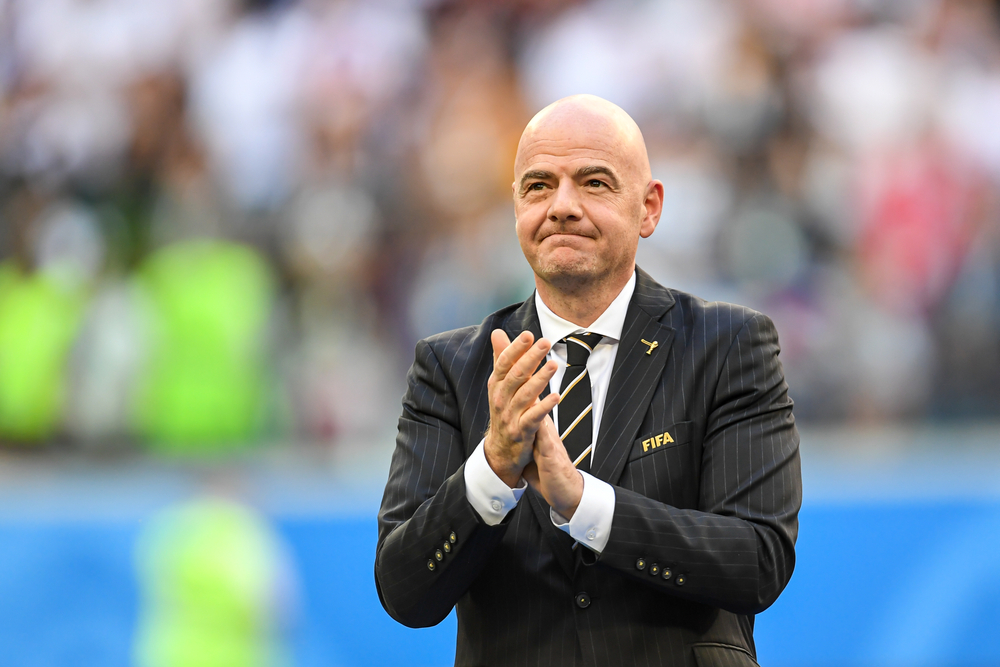 HEAD OF FIFA Gianni Infantino has profusely apologised for suggesting that staging a World Cup every two years, instead of every fours years, could be the key to ending the horror of refugees drowning at sea and has pledged to provide them with some footballs.

“We can probably only manage 20 footballs, we’re not made of money,” shared Infantino, the head of an organisation with vast riches, as he deposited balls into the Mediterranean Sea.

Before he could further showcase how out of touch and ignorant he is, a PR specialist employed by FIFA covered Infantino’s mouth with duct tape.

“If you even think of mentioning footballs are a buoyancy aide, I’ll tell the Qataris I saw you holding hands with a man once,” the PR professional said, threatening the head of FIFA who now lives in Qatar, which was awarded the 2022 World Cup thanks to its ability to pay the best bribes.

“Call me crazy, just spitballing here,” remarked Infantino, having removed the duct tape and back up duct tape, “if we had a World Cup every week that would probably knock racism, sexism, genocide, war and only one check out in Aldi being open at one time right on the head”.

“God, football is bloody brilliant isn’t it? I mean except for the corrupt FAs and the abuse of children and women by football officials I continue to ignore” concluded Infantino, fresh from awarding the 2031,2032 and 2032 II World Cup to Mordor.