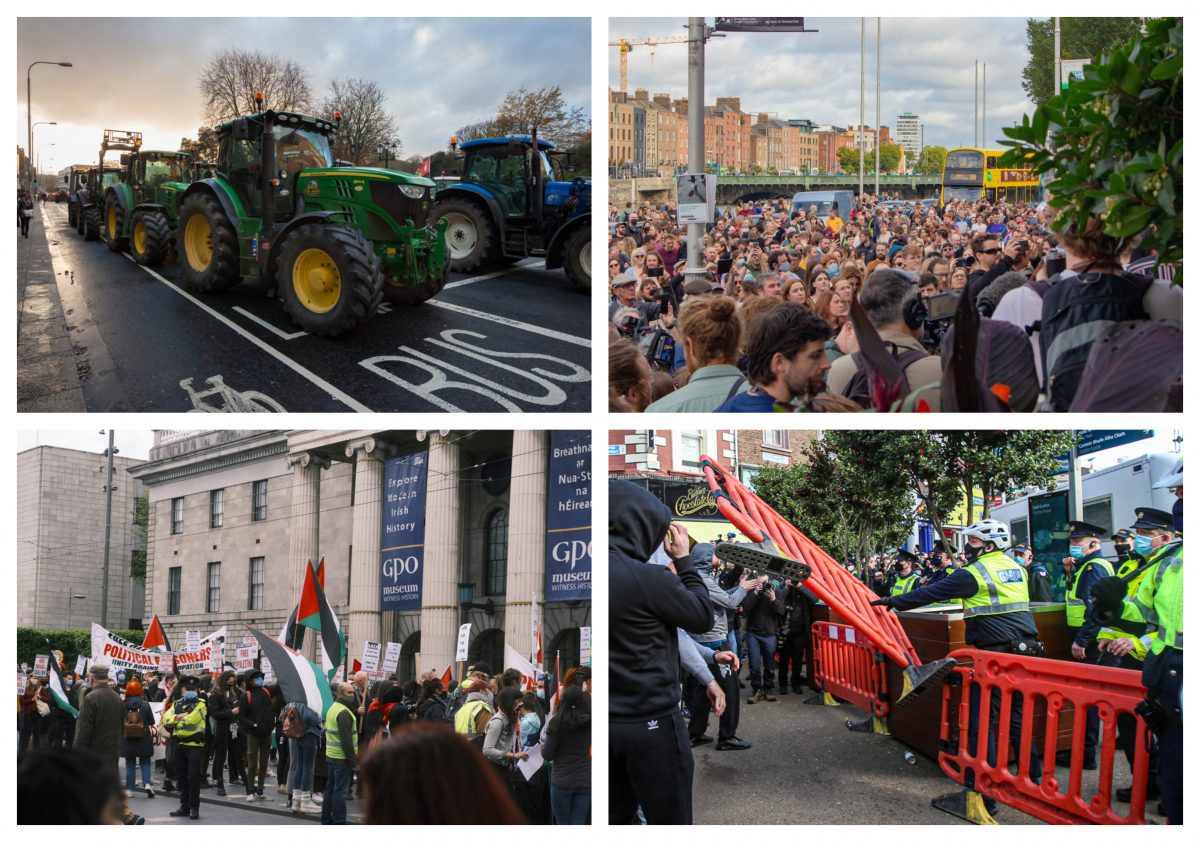 GOT a grievance with the government? Planning on taking to the streets of Dublin to protest? Well, you’d better pick a number and get in line, because December is filling up with protests already.

1st December: Traffic chaos is expected in Dublin as the annual ‘Cork Is Better’ protest looks set to bring thousands of Corkonians to the ‘supposed capital’ to mooch around and tut at the absolute state of the place.

5th December: Beep boop burrp… frustrations over the lack of broadband in rural Ireland will boil over in Dublin today, as up to 5,000 internet-starved culchies will try to connect to dial-up modems at the same time on O’Connell Street, emitting a dial-up tone that is expected to be heard from space.

8th December: It’s the turn of the city-folk to have their say after weeks of boggers clogging up their streets. Timed to coincide with the traditional ‘country day out’, the 1st ‘No More Culchies’ protest will see hundreds of Dubliners stage a march while smoking John Player Blues and playing techno music.

10th-18th December: Looking to pay homage to all who gave their lives in the hope of Irish freedom, or maybe just want a look at a big statue of the Children Of Lir? Well, better do it before the Garden Of Remembrance is handed over to this week-long speed-protesting seminar, which will see dozens of smaller protests about everything from the cost of home heating to the fact that there’s ‘never anything good on Netflix’ take place.