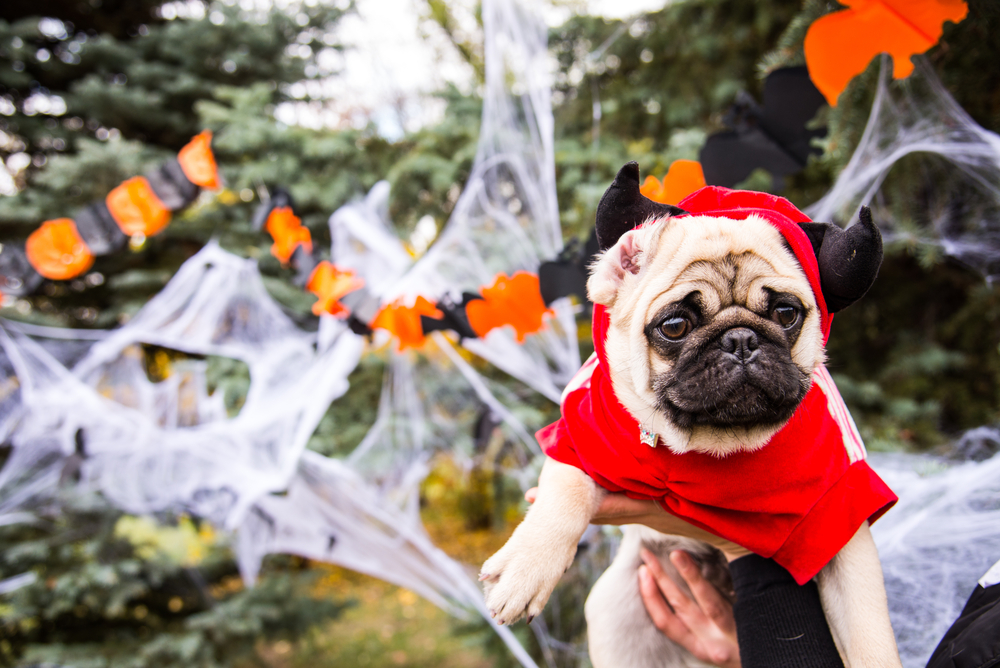 SIX HOURS of wrangling and coaxing her beloved dog Cassie, who was clearly distressed, into a costume has been labelled a ‘waste’ by local woman Eleanor O’Faolain after the resulting photo garnered a pathetic 17 likes across her social media accounts.

“While I was in no way motivated to dress Cassie as Satan solely to gain a dopamine hit from vacuous interactions on social media, I definitely wouldn’t have spent hours and hours chasing my clearly distressed dog around if I knew none of the photos would go viral,” explained O’Faolain, who’s purse is now €130 lighter.

Feeling more than a little foolish for paying that much money for a dog costume, O’Faolain channelled her guilt into frustration and resentment directed at her dog, who clearly wasn’t the right combination of cute and adorable.

“I’m not saying Cassie’s to blame, but there’s loads of dogs that go viral every Halloween. This was our chance to launch a personal dog page on Instagram for Cassie so I could achieve some sort of online fame and some branded freebies. Where’s the star quality, y’know?” O’Faolain added, cutting Cassie’s treat rations for the day in half in an attempt to send her a clear message.

Keen to learn her lesson for treating an animal in her care as a prop for social media which provides her with brief windows of attention, O’Faolain has begun looking up how you surrender a dog to an animal shelter while simultaneously looking for reasonable priced cute puppies online.