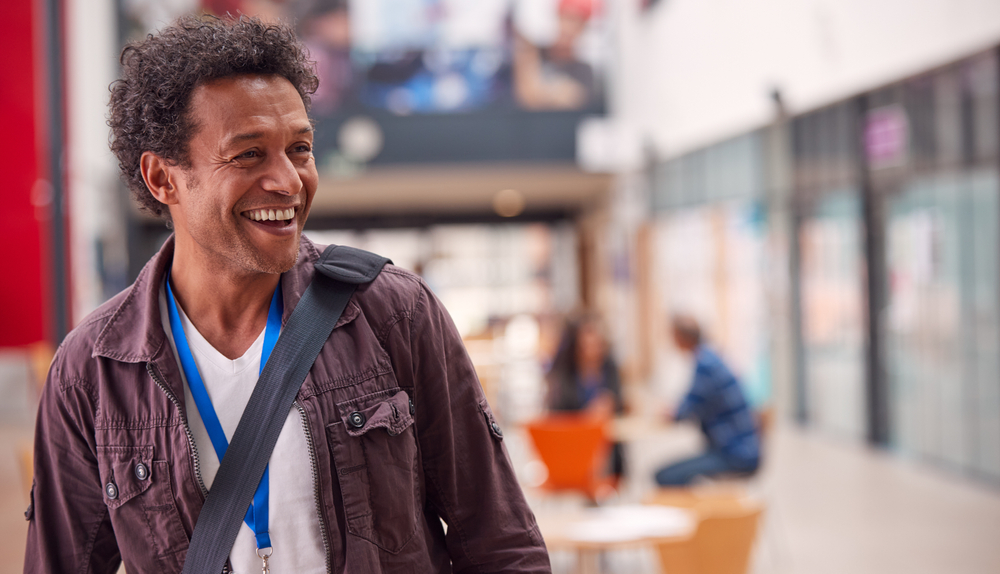 DESPITE being confined to a desk at home and not setting foot in his company’s offices at any point over the last 19 months, local man Stephen McCattigan steadfastly refuses to be seen aware without his work lanyard draped around his neck.

“When I was heading in and out of the office when offices and town were still packed pre-Covid I just knew everyone was looking at my lanyard and in awe of how impressive I was and how amazing my life must be,” confirmed McCattigan, who works for a multi-national IT company the vast majority of people have never heard of nor care about.

“I liked giving people that thrill, you could picture them going home to tell their husband, wife or kids ‘I saw this very important man today with a lanyard around his neck’. It’s a small gift I remain dedicated to giving to those people who live pathetic lives in which nothing of importance happens to them,” added McCattigan, who took a day off work just so he had the whole day freed up to walk about with his lanyard dangling around his neck.

Despite remote working becoming a full time offering from his employer McCattigan routinely pretends to swipe into places to gain access in a bid to replace the arrogance-fueling adrenaline rush that used to come with transporting himself around the offices.

“I do it going into Starbucks and the like. But the thing I miss most I suppose is that I don’t even get to berate the help when access card stops working. And it’s just not the same when I ask the missus to role play such a scenario,” confessed McCattigan, before shouting at his wife ‘well don’t worry I’ll management know how unhelpful you were’.