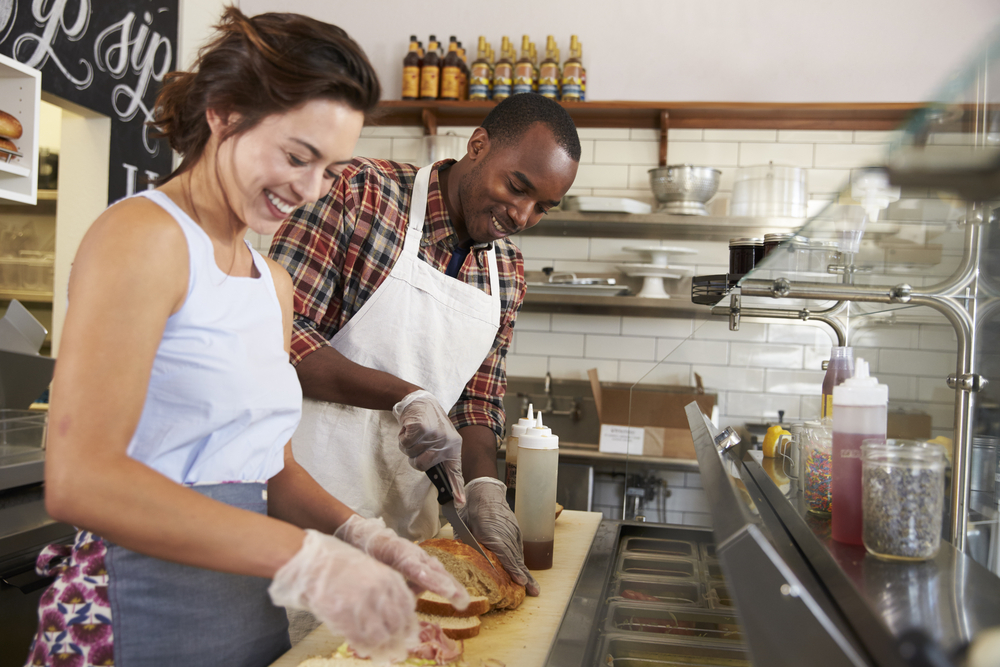 THE PRACTICE has long mystified purchasers of deli rolls and little in the way of explanation has been offered, until now.

Curious as to why vast quantities of spread masquerading as butter is lumped onto your rolls even when you explicitly stated ‘not too much butter, don’t go mad with it, I said not too much last time but you put enough on there to clog up the arteries of an elephant’s heart’, consumers are often sought the explanation that has eluded them for decades.

The answer is quite simple: it is perhaps the most sophisticated money laundering scam perpetrated by Russian criminal gangs ever witnessed by international law enforcement organisations including Interpol and the FBI.

Trying to find ways to ‘legitimise’ their illegal profits from drug dealing and other crimes, gangs in the 90s purchased the Irish factory responsible for supplying delis around Ireland with spread for rolls and sandwiches.

Then the gangs put the squeeze on deli technicians and threatened them with violence if they didn’t liberally dispatch vast quantities onto deli rolls. The overuse of the spread increase demand and production proving the perfect foil for money laundering endeavours.

“It seems obvious now, but for the longest time we couldn’t figure out why deli workers would willingly place the equivalent weight of a small car in butter on a roll, it was madness but it makes sense now – they were fearing for their lives and directed by Russian mobsters,” shared one money laundering expert.

The Celtic Tiger proved to be the perfect storm as breakfast roll demand as well as prices increased twenty-fold and made it the laundering scheme an unheralded success for gangs.

However, gangs exited the market with the advent of other dark web based methods for money laundering with crypto currencies most recently proving an excellent way to launder money. However, the infuriating practice of loading butter onto rolls remain.

“Despite the absence of violent threats the method sort of became hardwired in the brains of deli workers, it’s not something that is easy to reverse even with coaching and therapy, it has a lingering presence – it would be like trying to get an attack dog to unlearn mauling the postman,” added an expert.

Be they teenagers in their first job, foreign nationals sick of your ‘where are you from’ questions or grizzled veterans of the deli counter with bitter lemon soaked faces made of angry granite, the method has remained with generations of deli counter workers unable to break the habit, regardless of consistent protestations from customers.

“I’ve written a really damning Yelp review underneath the Russian mob to let them know the heartache and literal heart trouble they’ve caused me over the years because of this,” shared one regular deli counter customer.