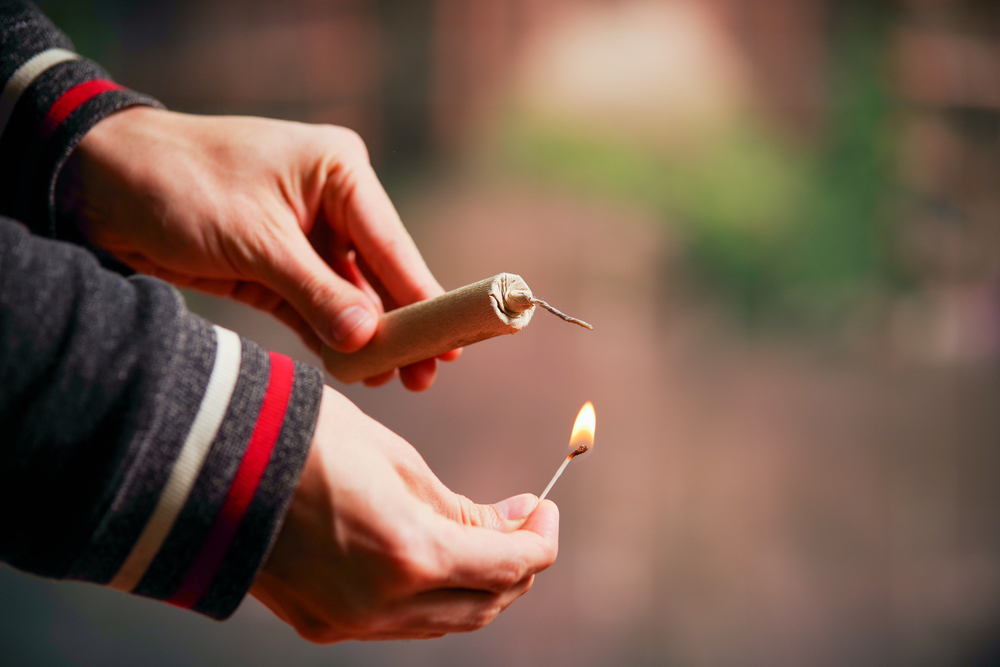 TRADITIONALISTS who had feared that today’s youth had forgotten the old customs of Ireland can today breathe a sigh of relief, as a plucky young group of Waterford youths have banded together to honour the 22st of October with a prolonged fireworks celebration.

With the majority of people thinking that Halloween is the only fireworks-worthy feast day in October, many expressed annoyance at the group for setting off rockets and bangers for the last seven hours, not knowing that this was only done to uphold the ancient customs of the day.

“Setting off fireworks on Halloween night is for people who don’t know their history. If they did, then they’d know that it’s custom to set off rockets in the middle of the day as well” explained one youth we spoke to, preparing to ignite an airbomb in the middle of a clearing and put every dog in a 3 mile radius mad in the head.

“It’s very in keeping with other traditions we adhere to throughout the year, such as smashing bottles after we drink from them, and wearing our Canada Goose hoods up even if it’s really warm out. We wouldn’t let it be said that we let the 22nd of October pass without fireworks, that’s mad”.

Our source went on to say that it’s a very busy time of year for those that know their history, as there are also fireworks ceremonies to organise and attend on the 23rd, 24th, 25th, pretty much every day in October and indeed late September as well.