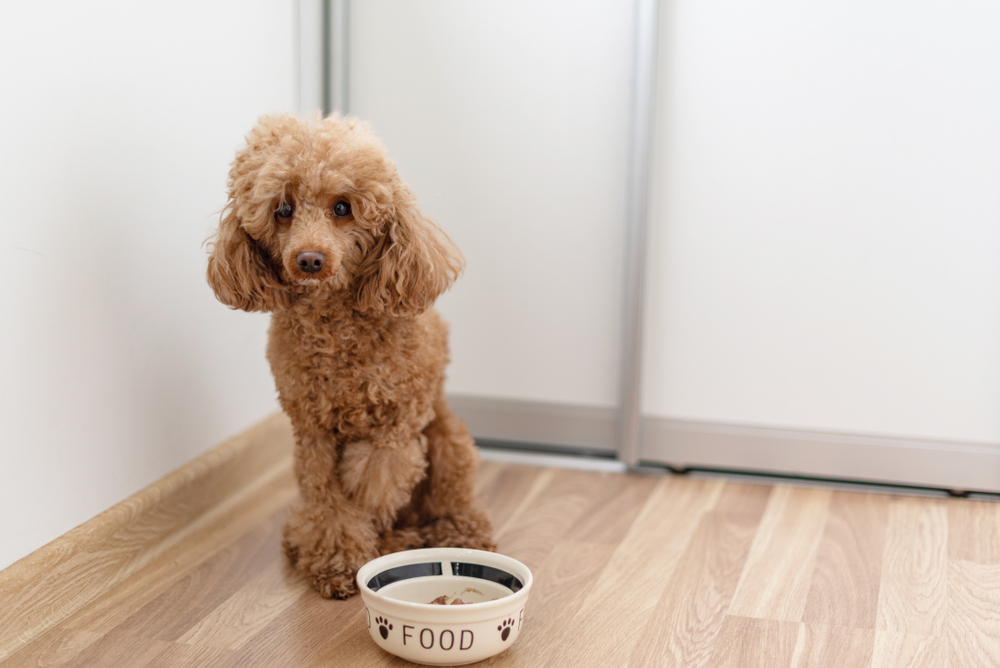 A WATERFORD couple has released details of the dietary intake of their new puppy, noting that the little dog is eating less than he should of the specially-recommended Royal Doggi grain-free Alaskan Salmon flavoured puppy food, but is easily meeting his recommended daily allowance of cigarette butts and grass.

In fact Tyson, now nearly 6 months old, will regularly refuse to eat the dry meal put out for him by his owners Alice and Kieran O’Hare, but has yet to turn his nose up at an entire live snail, and will ‘go out of his way’ to sniff out and chomp on the poop of other dogs on the green.

“Some of the Royal Doggi food costs more than what we’d eat in a restaurant, and it smells good enough for even us to eat” sighed Kieran O’Hare, tugging on Tyson’s lead to stop him from gobbling up what is sure to be a tick-filled seagull feather.

“But he just turns his little pug nose up at it. Or worse again if he eats a brand of dog food that doesn’t agree with him, he’ll get the shits so bad we’ll be scrubbing the rug for a fortnight to get the smell out. This is the same dog that I once saw eat a used paint roller and suffer no ill effects, so it seems that maybe the people in the pet food place are upselling us on the dearest food in the market because they know we’re chumps. Which, it turns out, we might well be”.

Tyson was unavailable for comment as he was too busy trying to poop an undigested Lego man.