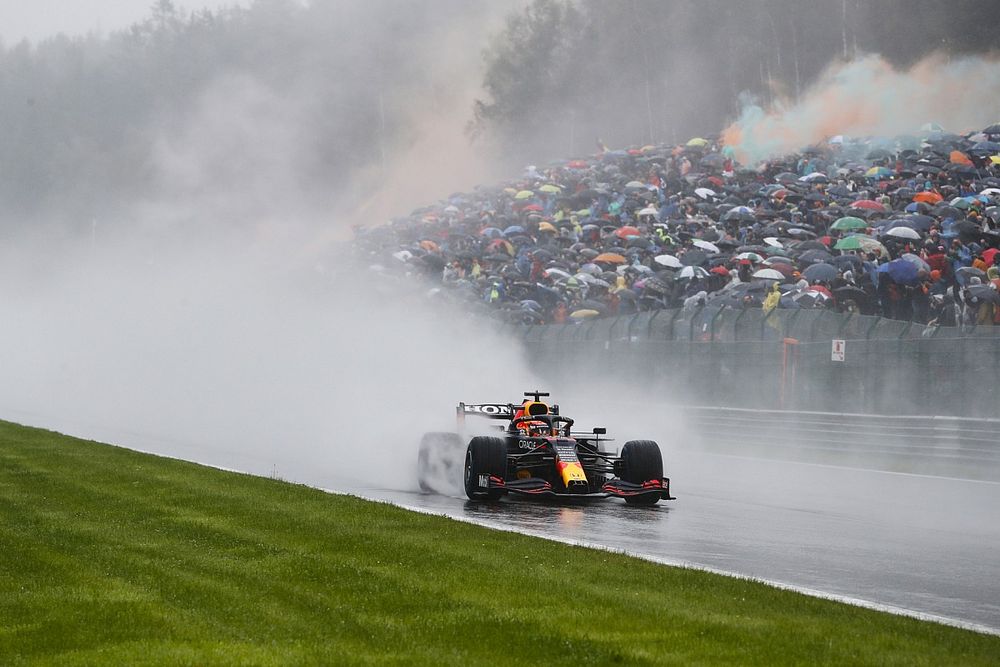 THE controversial decision to cut yesterday’s Belgium Grand Prix down to just two laps has rankled many, but there have also been calls from a vocal portion of the Formula 1 audience who seem perfectly okay with an alternative to the usual 60-lap slogs.

The decision to cut the event short due to heavy rainfall that had left the track too dangerous to race on was blasted by Lewis Hamilton on social media as a cynical way to ensure an ‘official result’ by completing the regulatory two laps, therefore leaving no need to give refunds to the thousands of fans that had stood in the lashing rain for hours.

However, the 2-lap race (the shortest in F1 history) has actually drawn many lapsed fans back to the sport who suggested that if a race didn’t fill up an entire Sunday with shouting and hairdryer noises, they could be drawn back to watching it.

“Yesterday’s race sent the drivers out behind a pace car for two laps which was quite mundane, but if it was two laps of full-speed driving then yeah, I’d be up for that” said one F1 fan who used to get up for Grand Prix races at three in the morning only to fall asleep again at 3.45am.

“As for the money aspect of it that Hamilton was grousing about, look, I kinda had figured out already that the billionaire owners of an elite sport probably didn’t have the best interests of lowly fans like myself in mind, so I’m not that bent out of shape about that bit”.

Meanwhile, calls to further reinvent the sport by adding gun turrets and ‘upside-down bits’ have received less support from drivers.