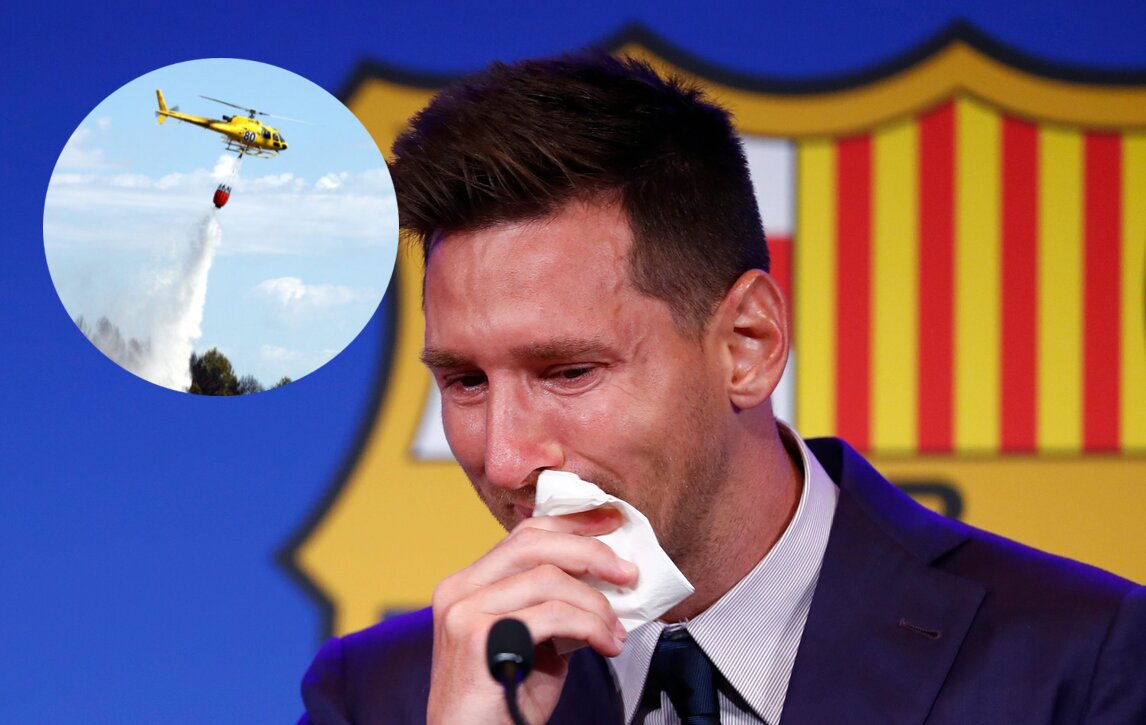 TURNING what was a sad occasion for Barcelona and the footballing world into something positive, the torrents of tears shed by Lionel Messi at his farewell press conference are being attached via a winch to dozens of helicopters fighting wildfires in Greece, Italy, Russia and beyond.

“It just suddenly came to me in a moment of inspiration,” confirmed one quick-thinking press conference attendee who began placing buckets directly under Messi in a bid to collect the floods pouring from his eyes as he recounted the financial mismanagement of the club that has left it perilously close to collapse and unable to resign him.

“Well at least some good as come from such sadness,” offered Barcelona club officials as footage of 400,000 litres of Messi’s tears being dropped over Athens and other locations ravaged by existential flames and fire.

“Such is the devastating scale of the fires, this was a Godsend. The multiple snotty, tear-soaked tissues were also of great use,” said one firefighting pilot in a message of thanks to the world’s greatest footballer, whose tear ducts rival the world’s largest reservoirs for capacity.

Elsewhere, many football fans have admitted finding it hard to sympathise with the tearful farewell of a man worth hundreds of millions of euros left with no other option than being forced to go earn millions in Paris.