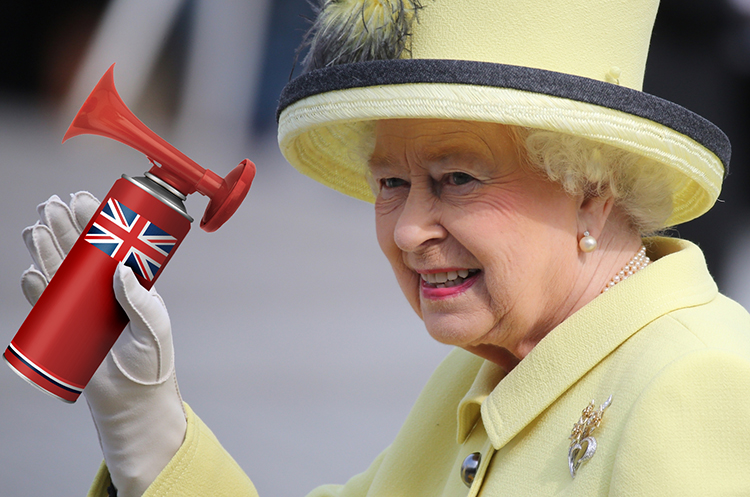 WITH a ceremonial blast from two jewel-encrusted airhorns, the Queen has formally kicked off Freedom Day with a powerful speech imploring the nation to ‘have a mad one’.

“Come on you slags, let one be having you” read the Queen, as all existing Covid regulations in England were officially lifted, giving the greenlight for as much mask-free, socially-undistanced mayhem as the population can muster.

However, former Freedom Day advocate Boris Johnson has stunningly announced that he believes the lifting of restrictions today may be premature, mainly because he has to self-isolate and will miss all the fun.

“The shocking rise in the Delta variant is one thing, but the fact that Sajid has only gone and blooming tagged me as a close-contact means I’m going to miss 10 days of banter with my chums” pouted Johnson, calling for Freedom Day to be postponed until he gets the all-clear.

“That was supposed to be me out there today, cheering everyone into a Wetherspoons for pints and breathing all over each other. I had a whole skit lined up where I wore two face-masks as some sort of ladies brassiere, it was all going to be top-notch hilarity. I really feel that out of everything we lost during this pandemic, this is the one that stings the most”.

Meanwhile huge numbers of English people have begun ‘aving it large in the sweltering July sun, safe in the knowledge that if there was anything to worry about or any danger involved, the government would surely have warned them about it.