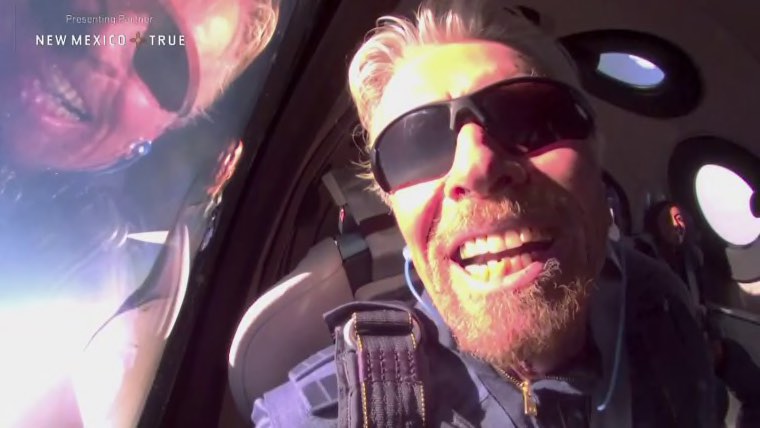 MOMENTS before reentering the Earth’s atmosphere, billionaire Richard Branson personally thanked all 4,700 former Virgin Atlantic employees terminated in the last year, as without them Branson probably wouldn’t have been able to afford his jaunt to space.

“Oh I can’t imagine how happy they all for me to be going on this little pointless tourist trip, creating tonnes of Co2 emissions. Yes, they’ve lost their jobs but in its own way isn’t watching me, a billionaire, float in space the greatest job of all?”.

“I can’t wait to check my WhatsApp when I get back down, the well wishes will be flooding in. I’m sure my phone is deathly silent due to poor signal up here at the edge of space. Did I mention I was in space? I’m just shy of literally over the moon for myself, a deserving billionaire,” shared Branson from the Virgin Galatic Arsehole shuttle

Branson experiencing 4 minutes of weightlessness added to a near lifetime of being so out of touch as to expect people to delight at the invention of commercial space flight for the impossibly rich and incredibly conceited.

It wasn’t all good news for Branson however, taking advantage of the fact they knew he was in space on a heavily advertised flight, enterprising thieves broke into his house on his private Necker Island and stole his belongings but not before shitting in all 20 of his villa’s bedrooms.