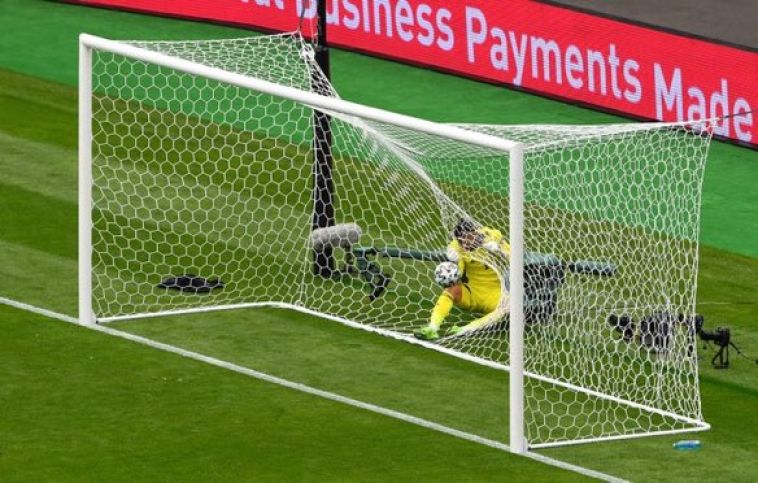 THE latest Euros action saw Scotland wishing they hadn’t bothered ending their 23 year wait for a return to tournament football.

The worst self-inflicted defeat Scotland have endured since voting to remain part of Britain, the game will be remembered for striker Patrick Schick’s wonder goal which saw him lobbing the keeper from the halfway line.

Failing to Czech his positioning in the lead up to the goal, Scotland’s keeper David Marshall blamed his faulty GPS for how he ended up stranded in the middle of the field, so far off course he resembled the walrus that floated across the Atlantic to Kerry on a piece of ice.

As Schick’s glorious strike floated towards the goal, Marshall frantically back peddled only to careen into the net, trapped like a miserable and defeated onion in an onion bag.

RTÉ’s Ronnie Whelan expressed concern for the Scotland players as fans in the stadium began to get on their backs once they went 2-0 down. Not unlike 12,000 angry Begbies from Trainspotting, the fan’s fury still didn’t match Scotland manager Steve Clarke’s rage when he was asked post-match if his players were ‘lacking energy’. It is believed the funeral of the reporter who posed the question will be a closed casket affair.

Slovakia’s Marek Hamsik marked his 3rd major tournament for his country with the same shit haircut, while Poland’s star man Robert Lewandowski spent the game plodding around the pitch tearfully wishing this was a Bayern Munich game.

Grzegorz Krychowiak’s game-turning sending off was greeted with relief by commentators who now had one less tough-to-say name to pronounce incorrectly.

On RTÉ Kevin Doyle criticised the sending off saying Krychowiak only gave the player ‘a little tug’, leading RTÉ to issue an on air apology.

In the final game of the day Sweden ground out a 0-0 draw which was so boring pharmacists are now prescribing it over the counter to insomniacs.

Relying on Alvaro Morata up front, who couldn’t finish his dinner after a 40 day fast in the desert, the Spaniards will need to be more clinical in front of goal.

However, the worst miss of the night goes to Sweden’s Marcus Berg, who has gone into witness protection following a finish so bad it makes the final episodes of Game of Thrones look good.

Elsewhere in the tournament, Austria’s Marco Arnautovic apologised for screaming ‘fuck your Albanian mother’ down the camera following his goal against North Macedonia which has now been added to FIFA 2021 as an official celebration choice.

UEFA have knocked back claims they forced Danish players into an ultimatum about finishing their game against Finland. “We put no pressure on them,” confirmed UEFA officials, as they put away their guns.

Today’s games see Hungary take on the 10 Portuguese players who will do all the running and Ronaldo, while the hotly anticipated 8pm kickoff sees Germany take on France in what everyone fears will turn into a massively disappointing borefest.