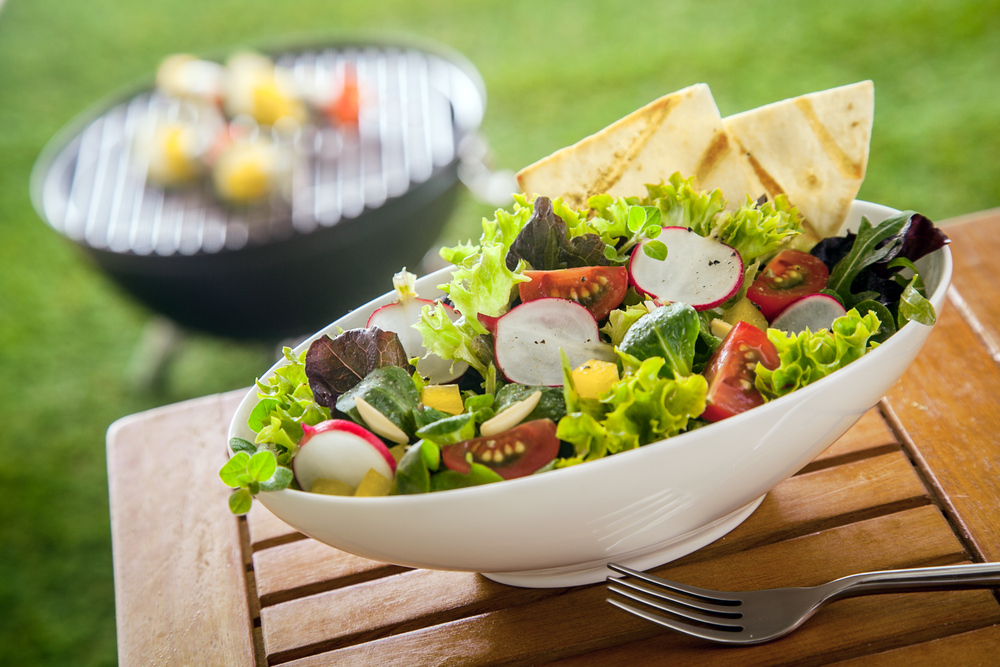 A SINGLE bowl of fresh salad is currently being prepared by Waterford woman Carol Mulherrin, to ‘take the bad look’ off the family’s mostly meat-and-crisps based barbecue this evening.

“Ok now there’s going to be ten people in total, so that’s 20 burgers, 20 hotdogs, ten steaks, five bags of Doritos in various flavours, 20 chicken legs, onion rings, chips, gougons… and one bowl of salad” said Mulherrin, totting up the 150 euro’s worth of food being prepared in the garden by her husband Allen in his annual contribution to dinner cooking.

“I don’t like putting on a lot of salad because to be honest nobody eats it and it’s a shame to throw it out. But I can’t preside over a feed this big without at least a bit of greenery, to make out that this is a somewhat healthy spread and not just absolute gluttony”.

Although the salad will be a minor aspect of the Mulherrin family barbie, it will take pride of place in all Instagram posts of the shindig, appearing at the forefront of all of Carol’s pics.

“I know nobody’s eating the salad, but it’s the only thing that actually looks edible on the table after Allen burned the fuck out of everything else” explained Carol, lining up a shot where the beautiful olive-oil drizzled spinach salad obscured the blackened beef burgers and pinkish looking chicken.

“Plus it’s the only thing on the table that isn’t going to give us the shits, so we should probably eat it instead of these hotdogs, which I’m fairly sure shouldn’t be this shade of blue”.