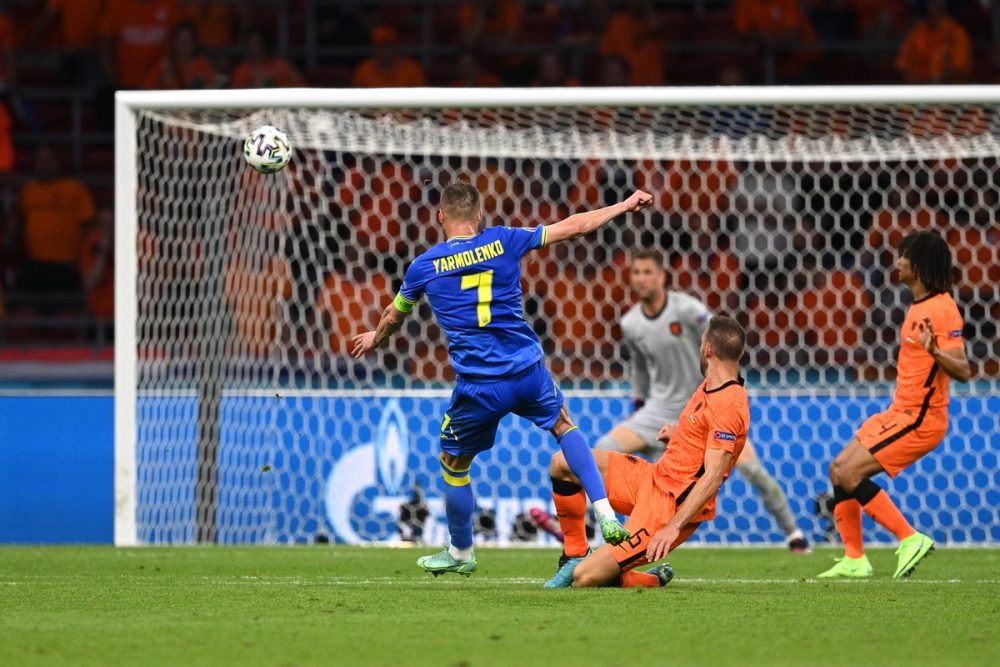 IF YOU’RE wondering how the English media is reacting to their team’s 1-0 victory against a Croatia team in decline that has a 35-year-old Gail Platt as a star player, the campaign for the national anthem to be changed to ‘Three Lions’ has begun, there is a demand for the team to be knighted twice, and Kalvin Phillips is worth 23 N’Golo Kantes.

A starting line up with more itches than a STD clinic waiting room, Croatia failed their test against England but it wasn’t all positives for Southgate’s men as Harry Kane was so anonymous during parts of the game concerned fans began issuing missing posters around Wembley.

Dismissing the idea that he could drop the wishes-he-wasn’t-a-Spurs forward if his poor form continued, Southgate said he would play Kane up front even if he resembled the black knight from Monthy Python and The Holy Grail.

Some England fans took a break from booing Sterling taking the knee to cheer him scoring, and BBC were again forced to apologise for any distressing scenes viewers may have witnessed when they failed to cut away from topless and out of shape English men in their 40s jumping around.

In the 5pm kick off Austria took an early lead against Euros first timers North Macedonia before the Macedonians equalised with a goal that was such an elaborate farce of pathetic defending and wayward limbs Charlie Chaplin would have been jealous.

It was fitting North Macedonia’s elder statesman Goran Pandev slotted away the goal, as 37-year-old Pandev has been playing for his country since the Earth was still the amorphous landmass known as Pangea. However, Austria romped home comfortable 3-1 winners.

In the evening kick off the opening 5 minutes of Netherlands v Ukraine proved a disappointment as there were only 50 chances on goal. The game of the tournament so far, an excellent first half performance from Ukraine’s goalkeeper Bushchan made it appear at times like he had more arms than a US weapons dealer.

Despite his best efforts Buschan couldn’t keep out Wijnaldum’s opening goal. The Dutch’s second goal from Weghosrt provided Dads with the chance to bemoan VAR and angrily state ‘I don’t understand the rules anymore’.

Ukraine’s Yarmolenko scored the goal of the tournament so far with a masterful shot guided into the top corner. This is most exertion Yarmolenko has experienced in years after living on the bench at West Ham in between injuries so as a precaution Ukraine manager Shevchenko will have him cryogenically frozen in between matches to preserve his body.

Coinciding with the Netherlands hitting the snooze button, Ukraine continued the most impressive comeback since Matthew McConaughey decided to do serious acting again as Yaremchuck chucked his head at a free kick, making it 2-2.

Could a Yaremchuk chuck chuck in the winner and make it 3-2? Sadly for the Ukraine it was to be the Netherlands’ night with best-name-in-the-tournament Denzil Dumfries’ header securing a win, which did little to dispel the feeling Frank de Boer is still to football management what BP Oil is to a clean environment and oceans.

It’s not all doom and gloom for Ukraine as they remain top of the ‘did a boat load of back heels’ table.

Today’s action sees Back Up Ireland play the Czech Republic at 2pm, Back Up Ireland No.2 play Slovakia at 5pm while in the 8pm kickoff, Handsome Continental Men Your Partner Will Spend The Whole Game Asking The Names Of play Sweden.