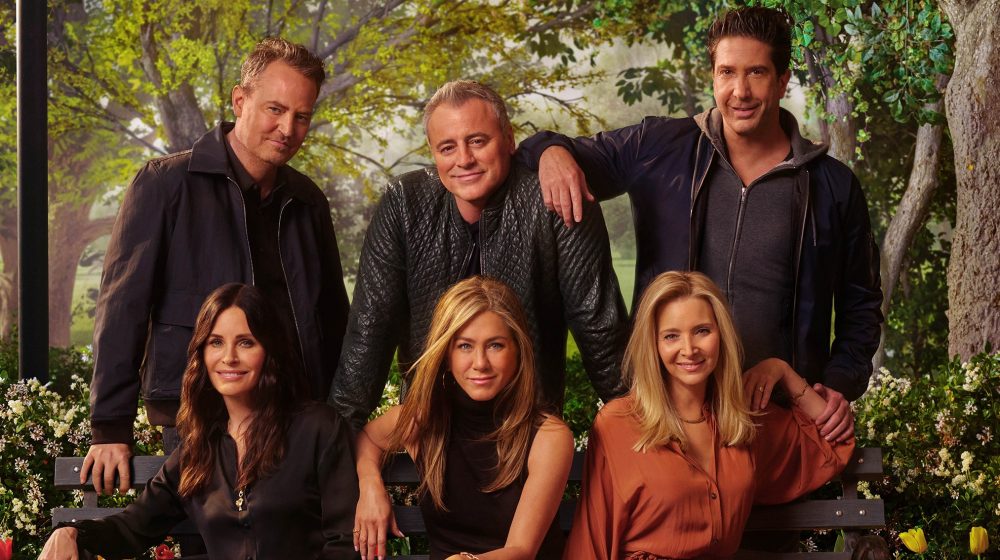 WITH a new trailer released for the much anticipated Friends Reunion special, WWN has gained exclusive access to what die hard fans will be in store for when the one-off special airs on the 27th of May:

There is no escaping James Corden. He is everywhere. Not only is he hosting the Friends reunion special, he also haunts your dreams. He lives beneath your eyelids now, no point closing your eyes to avert your gaze. It’s futile.

Credit where credit is due, this special will give fans of Friends their first chance to see clips from the show since its last episode aired in 2004, never to be repeated again on TV.

Enough close ups of Courtney Cox’s face to provide you and your friends with hours worth of speculating about how much work she’s had done and how bad it looks.

Due to a high profile falling out on set with all six Friends actors, the actor who played Ursula Buffay will not appear in the special.

Viewers have been told to expect a 700% increase in people online declaring they never liked the show.

In a segment hosted by the Mail Online, Jennifer Aniston is interrogated for 18 hours about why she won’t have children.

Full of special guest stars, Punchy, the monkey who played Ross’ monkey ‘Marcel’ in the series was given a brief respite from clinical drug testing to appear in the reunion.

A number of female fans of the show will be given a chance to personally berate the writers of the ‘We were on a break’ episode for launching over 7.5mn easy-outs break ups for boyfriends.

Not originally meant to feature in the reunion Gunther actor James Michael Tyler was found sleeping behind the counter of the old Central Perk soundstage by crew bringing it back out of storage for the special.

Plenty of other chances to marvel at the fact people who looked younger when in their 20s and 30s look older now that they are in their 50s.

There is no escape.