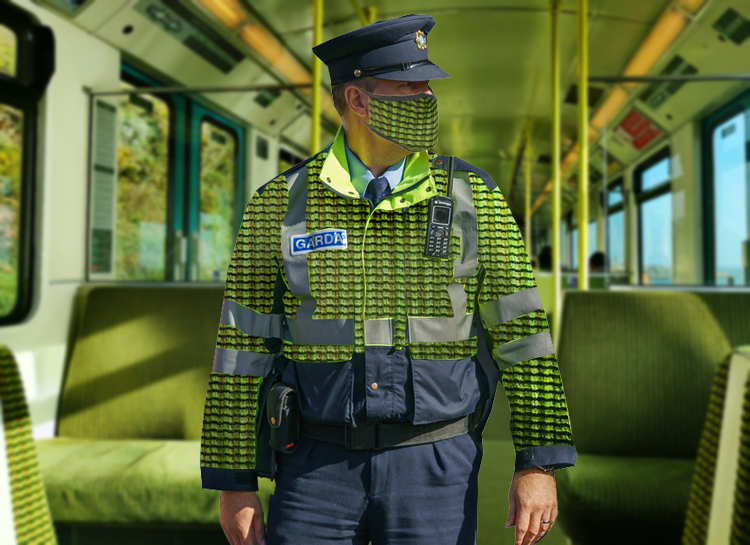 GARDAÍ have confirmed a new undercover squad will be dispatched to tackle a spate of anti-social incidents on the lines in recent months who will wear a specially designed DART camo to avoid detection, WWN can confirm.

Tested over the past two weeks, the new camouflaged unit will blend into the background unnoticed, hoping to catch dozens of young offenders creating trouble on Dublin’s city and coastline train service.

“We’ve had a few instances where people have accidentally sat on the guards, but that’s to be expected with such sophisticated camouflage,” stated Garda Commissioner Drew Harris today, unveiling the €345 project, the biggest investment into An Garda Síochána in the State’s history.

Embroidered onto old garda uniforms, Mr. Harris thanked the people behind the new uniforms for their all their hard work.

“We hired dozens of elderly people in old folk homes to stitch on the DART upholstery and we’re really happy with the results,” Harris added, “apart from the smell of snack boxes off their breathes, our new undercover team are virtually invisible to the naked eye and we expect to catch any young scutts terrorising passengers on the DART line and create a safe presence for commuters”.

Depending on its success, Gardaí have called on the commissioner to create working class, shop assistant camo in a bid to help them infiltrate protesting former Debenhams workers to help liquidator and multi billion euro revenue generating multinational KPMG reclaim stock from received stores.