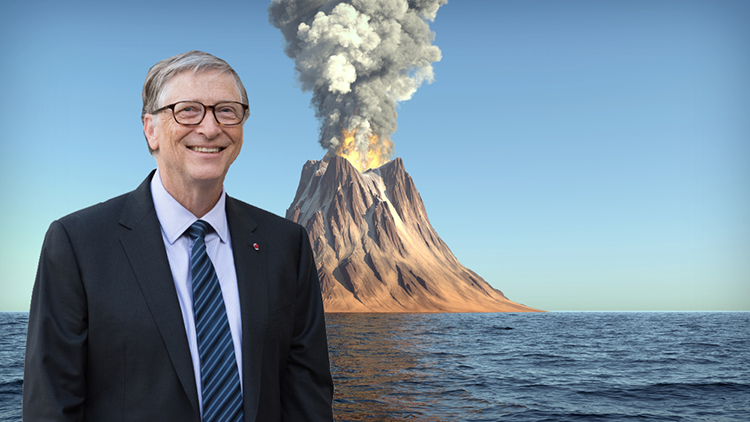 FRIENDS of Bill Gates have yet to visit his killer new bachelor pad in an undisclosed Ring Of Fire location in the Pacific Ocean, but he assures them that they can call in whenever they like, he’s here all the time, and they ‘don’t have to worry about Melinda giving them shit’ if they play their music too loud when jamming in his custom-built recording studio where he’s been busting out sweet jams since the divorce came through.

“Yeah we’ll be right there Bill, it’s just really swamped at work these days” offered one long-term pal of Gates, who doesn’t want to take sides in this whole thing.

“Hollow volcano, 80 inch screen, steaks and beers, yup it sounds great. But y’know, haha, we’re not all men of leisure these days! Have to run things by the old ball and chain, you remember how that used to be. Anyways, keep in touch?”

Kicking back in his literal man cave, Gates is now free to do whatever he wants in life, and if that means completely ignoring a wave of new allegations of ‘improper conduct’ that have emerged in the aftermath of the end of his 27-year marriage, then so be it.

“Mr. Gates isn’t interested in any of your Epstein allegations at the moment, he’s too busy planning this weekend’s kegger” said an aide to the Microsoft mogul.

“We’re just all about fun around here these days, nothing too serious. If you’re here about anything to do with the company, or the divorce, or the 5G killswitch, then Mr. Gates would prefer if you’d ‘move to the left with the haters’, thank you”.

Meanwhile Gates himself was unavailable for comment, as he was trying to work out which of these rad shirts go best with his shorts.