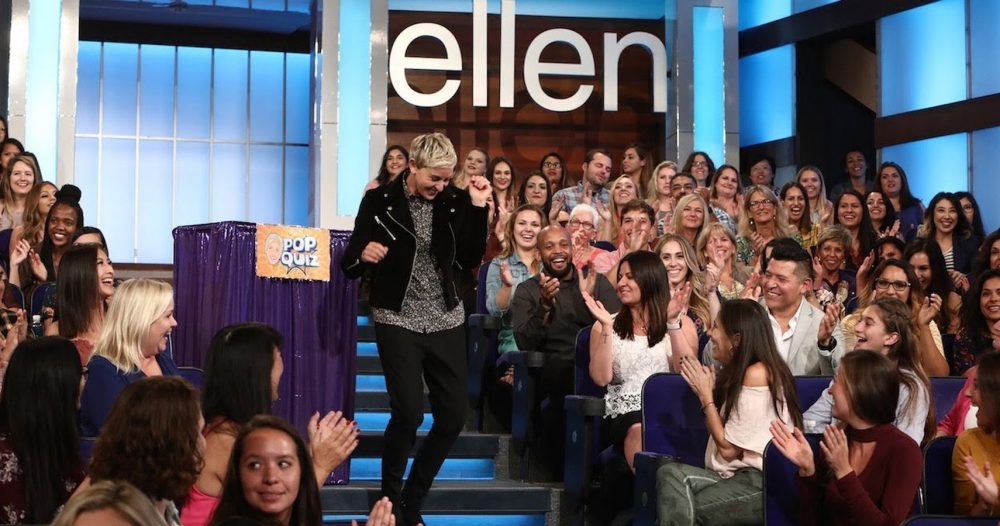 CHAT show host Ellen DeGeneres has cited the constant migraines she received after every taping in front of a foaming-at-the-mouth audience as the main reason for quitting her daytime TV show after nearly 20 years.

“Ms. DeGeneres simply cannot bear to go out in front of those people and listen to them caterwaul over every little thing any more” explained a spokesperson for DeGeneres, who has recorded in front of a crowd that frequently reaches 120db for no apparent reason.

“It has caused permanent hearing damage over the years, leaving her quite unable to hear some things. For example, the criticisms about her backstage conduct that surfaced last year? Ellen simply could not hear that. Well, that’s what she told us, anyway”.

DeGeneres, known as America’s first lesbian, has stated that she wants to try something new that will ‘challenge her’, leaving her audience open to speculation as to what form this new project will take.

“Personally, I would love to see her dropped deep behind enemy lines with only a penknife and a compass” stated one fan, who admitted he’d grown tired of Ellen hosting the same never-ending procession of Hollywood superstars and recently-viral kids.

Meanwhile the loss of the Ellen show is set to open up a hole in the schedules of millions worldwide, who had relied on it to fill that midday slot with something harmless to watch while they were supposed to be working.

“I will miss the show dearly, but yes, I agree with Ellen; that audience was a fucking nightmare” admitted one self-confessed superfan.

Audience members will now be transferred over to various other daytime TV studios, where they can continue to shriek like harpies every time Bradley Cooper shows up or whatever.