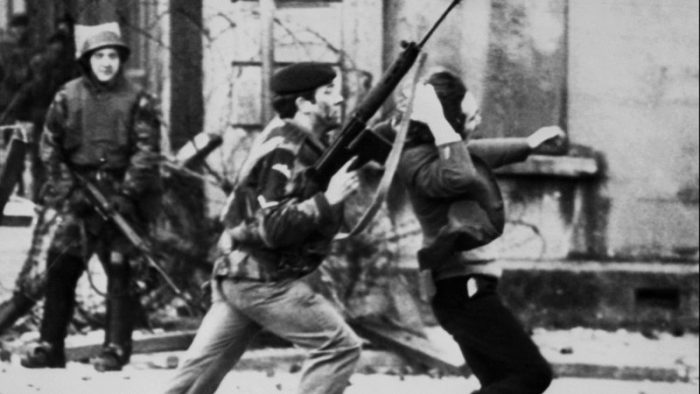 AHEAD of a rumoured decision to prevent future prosecutions of British soldiers by introducing a statute of limitations, the British government is set to reclassify murders carried out by soldiers during the Troubles as ‘whoopsy daisies’.

“We work shopped a few terms, but we feel this showcases our staggering indifference to the murder of people we technically would have considered British citizens,” explained a spokesperson for the Tory government, fresh from trying to cut arts education funding by 50%.

The British government indicated that it could pledge to move toward a ‘truth and reconciliation commission’ similar to that used in post-apartheid South Africa to deal with such crimes, but only gullible people who have never heard of Boris Johnson before took such claims at face value.

“To be honest we’re actually quite angry at having to even change it to a ‘whoopsy daisy’ because as we all know British soldiers can’t commit murder, that’s a British science fact,” added a spokesperson, before ordering the navy to go torpedo some French fishermen out of the water.

“We feel ‘whoopsy daisy’ is quite the durable phrase, able to encompass all sorts of atrocities, whether it be a typical massacre, plotting with terrorists to kill innocents; just the very normal stuff the British army did during the Troubles, which incidentally we now refer to as the ‘Mild Bothers’,” concluded the spokesperson, before injecting the comment section below the Daily Mail article on the news directly into his veins.