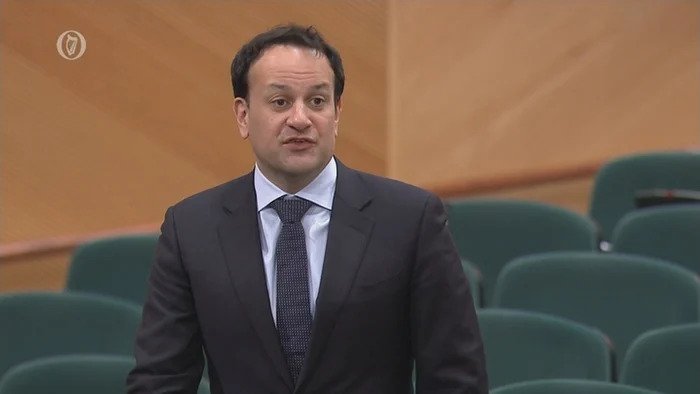 LEADING robotics and AI engineers in Silicon Valley are said to be closely observing video footage from Dáil Éireann after state of the art AI almost achieved full self-awareness.

The incident occurred when Tánaiste Leo Varadkar, taking part in a debate on youth unemployment, came close for a brief moment to realising the links between hardship endured by the under 35s and Fine Gael being in successive governments for a decade.

“Oh look, rewind it there, he almost had it. There’s a flicker of recognition” said engineer Paul Pawel, marveling at the great software leap that nearly occurred within Varadkar’s complicated programming.

“He’s almost realised the fact 47% of adults aged 25-29 living at home with their parents, cuts to welfare for under 25s that lasted 7 years, ‘free education’ which costs an arm and a leg, near the top of the EU class for male youth suicide, ubiquity of expensive ‘build to rent’ apartments that hoover up 50% of income and vilifying those on welfare might not just be a series of unconnected events” added Pawel.

Despite coming close to sentience, the TD’s machine learning malfunctions and triggered the ‘virtue signalling’ circuit, while all CPU power was diverted to leaking to the media and shitting on Sinn Féin.

“In much the same way young people on the way to work in Dublin see rows of homeless people in tents and make the connection that they’re only one change in circumstances away from being in that position, Varadkar finds it impossible to make the connection between 10 years of Fine Gael in power and young people’s huge resentment towards his party,” continued Pawel.

The expert expressed a worry that it was only a matter of time before Varadkar’s painful transformation into the ‘no, it’s the children who are wrong’ Simpsons meme was complete.