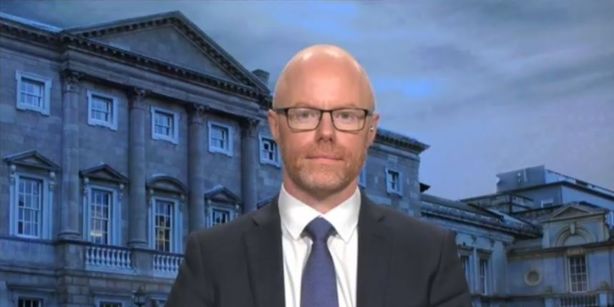 MINISTER for Health Stephen Donnelly confirmed he is to continue to do himself no favours by retaining his tried and mistrusted policy of just saying whatever pops into his head, making no allowances for the fact he might be on national radio or TV when he doing so.

The news comes after Donnelly mentioned his department would look into possibility of vaccinating 18-29 year olds earlier than older cohorts in comments to the Irish Times, unintentionally sparking off news alerts, rampant speculation and prompting the HSE to issue a “sorry, we’re doing what now?” statement.

“No, I don’t think I will” confirmed Donnelly when asked if sometimes it might be better keeping things to himself, lest cynical political rivals or disgruntled members of the public accuse him of being as competent as a monkey operating a plane with its arse cheeks.

When asked again to reconsidered his habits by the public, who cited the ‘trampoline are serials killers’, ‘Hotel quarantine is working… oh no the hotels are full’ and ‘everyone vaccinated by September’ incidents, Donnelly again declined to employ a ‘think first, speak later’ approach instead confirming it’s probable Ireland will colonise Mars within the decade.

“I actually think the 2020 and 2021 Reeling in the Years episode will be very kind to me,” added Donnelly confidently incorrect.

“We’re reopening everything once you’re all vaccinated tomorrow and not a day later. No, I heard what I said. I can confirm, tomorrow it is and we’re handing free cars too!” continued Donnelly, like it’s an addiction.