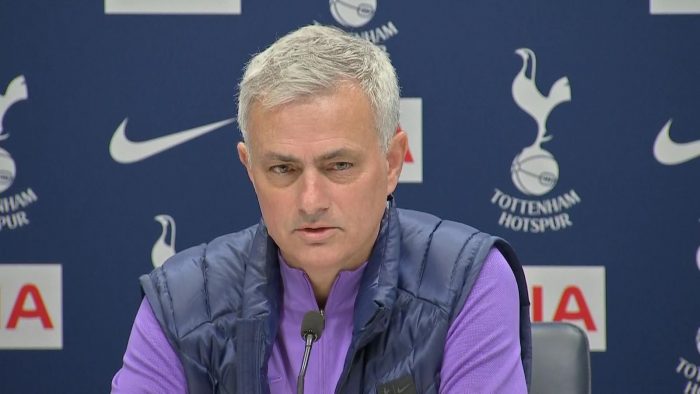 FOOTBALL fans who would usually be beside themselves with glee at news of a Jose Mourinho being sacking complained that it has been near impossible to derive endless joy from such things, on account of ‘all that super league drama carry on’.

“Normally now the WhatsApp group would be Mourinho-meme central, we’re talking videos of that scene in the Amazon doc of Mourinho watching TV only this time reacting to reporting of him getting the sack, but we simply don’t have the time as this super league shit is kicking off,” explained one not a fan of Jose fan.

Appeals for the high drama of the breakaway super league to be suspended for 24 hours so fans can properly laugh at Mourinho’s expense have been rejected by super league clubs, UEFA and FIFA, while Spurs’ decision to sack Mourinho now when fans are distracted by existential debates about the sport itself has been labeled ‘hugely inconsiderate’.

“Do you know how much joy seeing Jose getting sacked should bring me as a Spurs fan? I couldn’t even smile at that image of Mourinho holding up three fingers with text on it saying ‘how many English clubs have given you the sack Jose?'” added another fan, “and I know somehow there’s a knockout meme combining Jose being sacked and Solskjaer starving his kids but I’m sorry, I’m too distracted by bastard billionaire owners right now”.

“There is simply too much football drama to process right now, it’s all going to explode,” explained football scientist Dieter Bauer, “of the 59 football podcasts, YouTube channels and blogs I download into my consciousness every day, the Jose getting sacked news is barely getting a look in even though he qualified for the super league”.