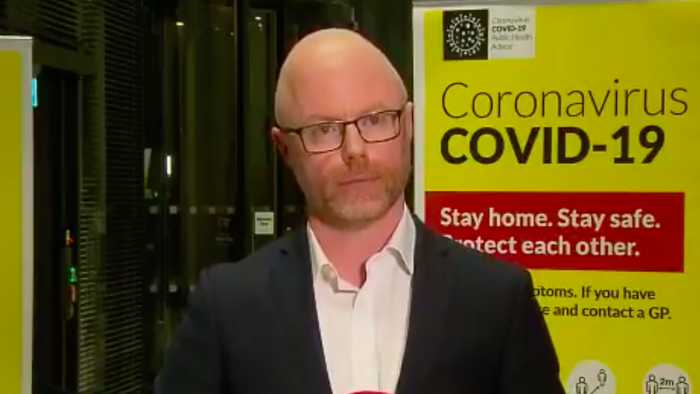 EXCLUSIVE reports in the Irish Times reveal that the Minister for Health launched an analysis of his department’s Twitter account owing to the fact it made few references to him.

Taking up the slack on behalf of the Department of Health who has failed to fulfill the emotional needs of its minister, WWN has crafted an article that name drops Stephen Donnelly so much that it’s possible for a brief moment to take a break from the pandemic, focus on what’s really important (Twitter mentions) and to really feel seen.

During the third wave of the pandemic in January which saw record levels of deaths and hospitalisations, Stephen Donnelly finally received that report on how many times he was mentioned in tweets compared to Simon Harris.

Is that the same Stephen Donnelly who thinks trampolines are the most dangerous thing known to man, and responds to panicked warnings from NEPHET about a rise in Covid cases with a thumbs up emoji? Correct, it’s that Stephen Donnelly.

Same Stephen Donnelly who’d probably dodge any questions about why the vaccine centre in Tralee is closed this week apparently due to a shortage in vaccines? Sure is.

Is this the Stephen Donnelly of Dept. of Health fame, who had the secretary general of the Dept (who’s on €292,000 a year) follow up on the Twitter business like there wasn’t more important things to worry about? Yes, it’s that Stephen Donnelly.

Stephen Donnelly who as minister for health won’t retain the extra 300 medical intern posts put in place last to deal with Covid-19, even though there is growing backlog across services? Bullseye.

Surely it’s not the same Stephen Donnelly who was warned about people exploiting the booking system for frontline healthcare workers vaccine appointments 10 days before it was eventually closed? That’s the one.

He can’t do this alone so, do your part unlike that mean Department of Health Twitter account, and get Stephen Donnelly trending.