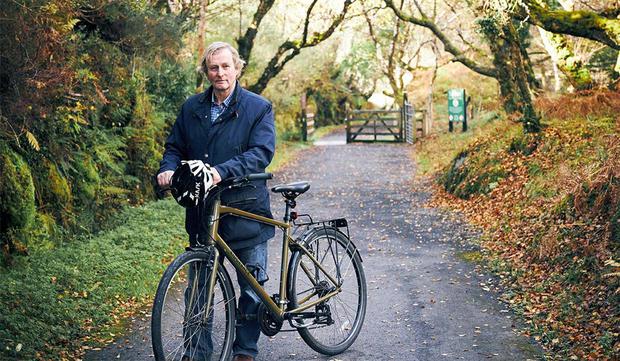 WITH the former Taoiseach’s new show ‘Iarnród Enda’ proving to be a runaway ratings smash for RTÉ, plans are underway to incorporate Enda Kenny into a number of new shows in 2022.

WWN were able to get a sneak peek at the proposals being mulled over by the Mayo TD, and here’s what’s on the slate:

Having finally found a way to resurrect the Kenny Live IP following the departure of former host Pat Kenny, RTÉ are said to be delighted to be able to hand the reins of the once-might chat show to Enda Kenny next August. Kenny himself is currently undergoing training in hosting a chat show, and is being schooled in a less combative style of conversation, and will have to fight his instinct to ‘blame Fianna Fáil for that’ anytime he’s talking to a challenging guest.

With music shows on RTÉ drying up after the departure of Top 30 Hits, the state broadcaster reckon it’s time to get back in the tunes game with a weekly slot where Enda Kenny will give his two cents on the latest hits, as well as blaming the state of the nation on the shortcomings of Sinn Féin, somehow.

3) Oh My God, They Killed Kenny

Enda takes a trip through his ancestral tree, finding out how each of his forefathers passed away. RTÉ are uncertain about the appeal of this particular show, but have stressed that all they really need is for enough people to tune in for the first few episodes, even if it’s just to hate-watch it, for it to be considered a ‘ratings smash hit’.

This cookery show, seemingly greenlit due to RTÉ’s tenacious determination to cram Kenny’s name into some sort of pun, will focus on seafood and orchard fruit dishes. ‘I’ll give anything a go if the money’s right’ chuckled Enda, beyond caring at this stage.

Worried about the weather? Never mind, here’s a former politician on a pension of about 126k a year to fill a half-hour of your Sunday with news about what’s coming your way this week.