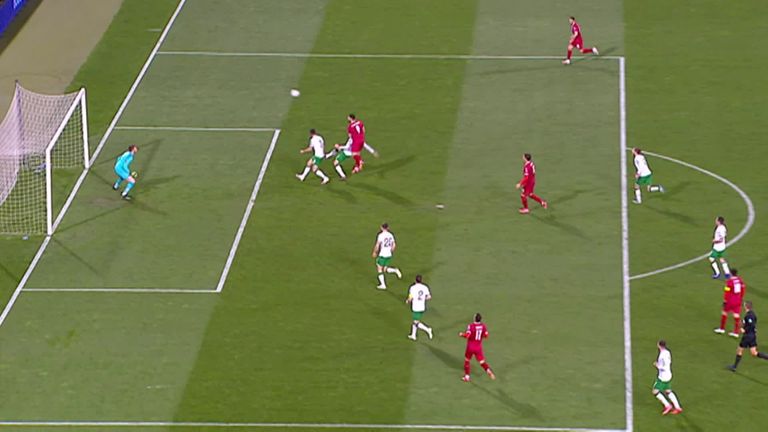 SOME IRISH supporters took more positives from last night’s 3-2 loss to Serbia in Ireland’s than you’d find after Covid-19 testing at a meat factory, leaving them in no doubt that there were plenty of reasons to remain optimistic about the upcoming campaign.

“You get negative fair-weather fans moaning, but you can’t tell me that we wouldn’t have won that game if the Serbian players were trapped in a lift and didn’t turn up, or if we got that penalty and lightening struck Mitrovic before he tried that lob,” shared COYBIG diehard and glass half full fan Simon Curley.

“We were missing a few players so just need a sense of perspective, like imagine if last night we had prime Maldini, Nesta, Costacurta and Cafu, complimented by van Basten, Ronaldinho and Lewandowski up front, you can argue we coulda taken the 3 points, we weren’t that far off,” enthused supporter Niall Curran.

Several passages of play marking the first time Ireland strung more than 4 passes together since the foundation of the state have left fans realistic but optimistic, bolstered by the emergence of young talent giving encouraging performances.

“We’d get nowhere trying the same old dreary shite that bored us to tears under previous managers, so let’s just focus on Luxembourg next and remember, if FIFA give us 9 points for a win for that match we’d be flying it. You need to keep these things in mind” added Curran.

“You’re not going sit there and tell me with a serious face that we’d have lost 3-2 if we had the same population and players as Brazil? You have to acknowledge a positive when you see one”.