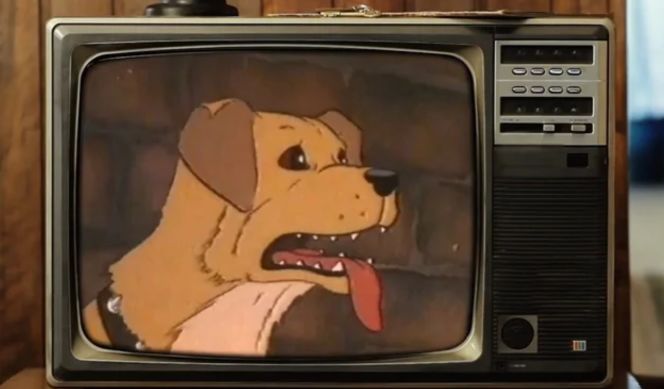 LIKE a golden-haired demon from the bowels of hell itself, Bonzo the sheep-killing Golden Retriever is to return to our screens as well as to our nightmares, our fears, and our every waking thought.

Bonzo, who WWN are assured is ‘just a cartoon and cannot hurt you’, headlined the 1980s Department of Agriculture ad aimed at keeping dogs from running wild and killing sheep at night, and bosses now say that a rise in dog-on-sheep crime as well as a fall in children who fear the darkness has necessitated his return.

“I remember the first time I saw it. I thought ‘oh, a cartoon, I like cartoons, and I like dogs, and oh Jesus Christ what is happening'” sobbed one now 40-year-old man, recalling his trauma at a Bonzo The Dog survivors meeting.

“But I got over it, and they stopped airing that damn ad, and I moved on. Why, I even bought a dog, after many years of being terrified of them leaving little baby lambs orphaned. And now the Department Of Agriculture are saying that they’re going to re-air the same ad – not a remake of it, no, the same teeth-bared, red-eyed snarling ad, and tear open my Bonzo wounds all over again, just like Bonzo tore open those poor sheep, oh God, oh God here it all comes again! He’ll kill us! He’ll kill us all!”.

The Minister for Agriculture was unavailable for comment on the matter, as he is himself dealing with his own childhood trauma of being terrified of the Bisto Kids.