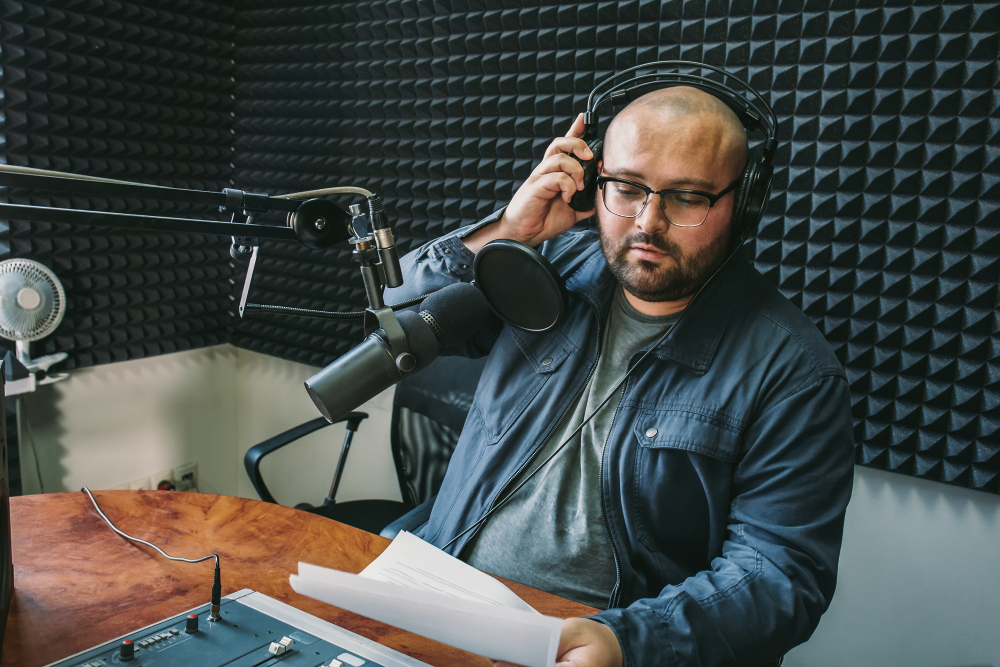 COMMUNICATING an unconvincing blend of surprise and enthusiasm, radio DJ Tony Hyde, host of ‘Midnight Vibes With Tony Hyde’, continues to read out an endless deluge of texts, emails and DMs from listeners that he has clearly composed himself.

“‘Any chance of some Led Zepplin Tony, loving the show as always, can’t beat it love, love, love the show’ says Micheal in Clonmel, of course Mike this next one is for you,” Hyde said into his microphone, trying to imply that his 12am-3am Sunday night show on the Midlands’ 6th largest radio station had thousands of active listeners flinging endless requests his way.

The pathetic charade Hyde was engaged in proved a tough and uncomfortable listen for the handful of people who had accidentally stumbled on the station while looking for something decent.

“Thanks for texting in Ciara and yes, I think it might be time for the smooth, the sexy, the seductive, Sade, who could ‘operate’ on me any time…it’s Smooth Operator” purred Hyde, reading from an intro he had been writing and rewriting all day.

Hyde then risked straining credulity further by making up a back and forth between one listener, Geoff, who repeatedly sent in texts disagreeing with Hyde over Arcade Fire’s best album.

“Oh, surprise surprise another text from Geoff, what’s he like,” Hyde said into the void.

“It’s never Neon Bible G-man, I’m sorry. Agree with Geoff get your texts in, the lines are hopping tonight,” added Hyde before searching for a song that was at least 7 minutes long, affording him enough time for a trip to the toilet and a smoke break.

“A listener by the name of John is asking for Bohemian Rhapsody, I don’t normally do anything over 5 minutes but for you John, I’ll make an exception,” Hyde said before running for the toilet.