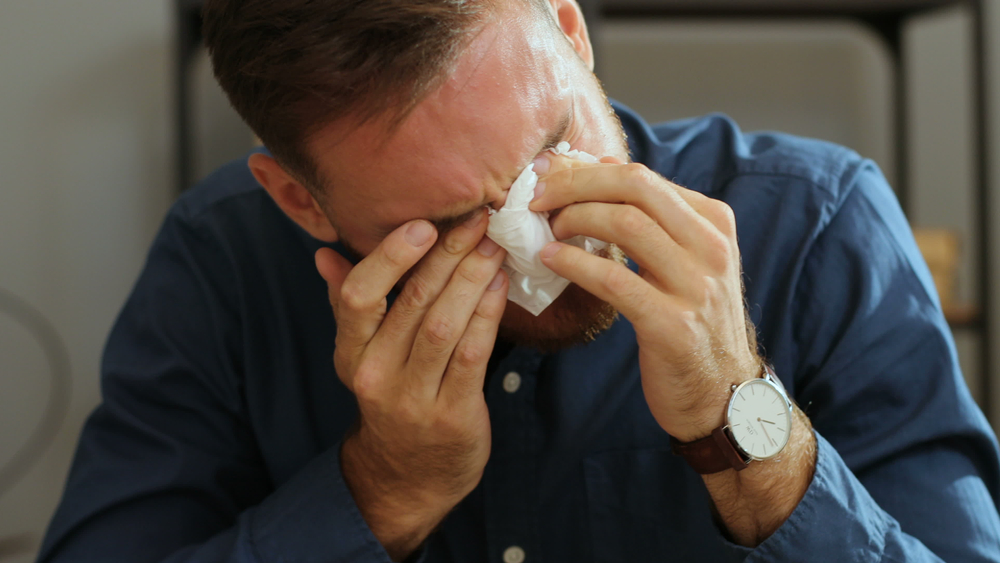 DOZENS of work colleagues gave their deepest condolences to local man Gary Foley this afternoon following the devastating news that his favourite dance duo Daft Punk are to split up after 28 years, WWN has learned.

Openly weeping at his desk shortly after watching an 8-minute video titled ‘Epilogue’ depicting the newly announced split, Foley wailed in agony at the thoughts of never having the chance again to see the French music producers live ever again.

“Christ, he’s really having a moment there,” voiced Trisha in sales, who was tasked with purchasing a mass card for the bereaved 43-year-old adult for everyone to sign.

Still hegging like a child, trying to find his breath through the pain, the brave but busted HR manager gathered himself, before delivering an emotional address to staff at Macey Ryan and Co. Printers.

“I’d like to thank you all for your condolences and well wishes,” Foley began, standing up on his desk and putting his fist up to hide his now quivering mouth, “I just… sorry, this is very hard for me… obviously I’ll be taking some time off to get over this but I just want to say that I have no feelings of resentment towards Thomas Bangalter and Guy-Manuel de Homem-Christo as I’m sure they have their reasons… sorry, I’m choking up here again ahem… but I will get over this news and I want to organise a little Zoom tribute tonight if anyone’s interested. Thank you all”.

Before taking the rest of the day off, a now standing proud Foley hushed the office, turned his Dell monitor’s external audio speakers on and began playing a 1997 BBC essential mix on full in some form of memorial.

“Good night, sweet princes… good night,” he was heard saying under his breath, wiping a single tear from his cheek while several young interns asked quietly ‘who the fuck is Daft Punk?’