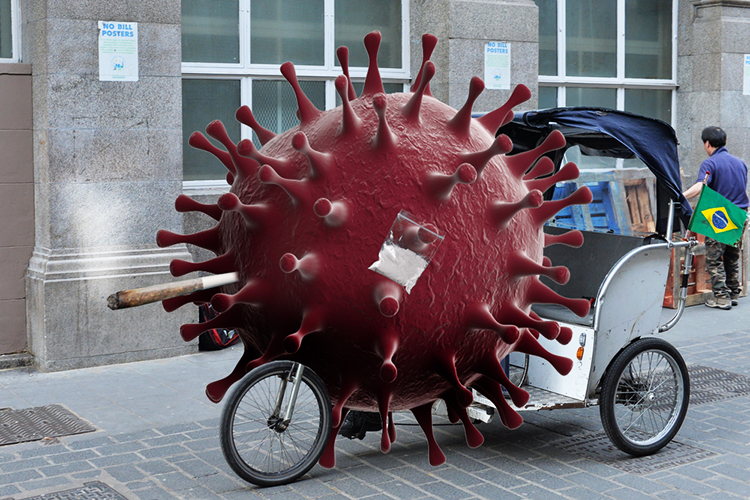 GARDAÍ in Dublin confirmed they have arrested what is believed to be a drug dealing Brazilian variant that was found cycling a rickshaw along the Cork road believed to be on its way to work in a local meat processing plant, WWN can confirm.

Using its stringy protein legs to propel the vehicle, the variant brought Gardaí on a 10 miles low speed rickshaw chase before eventually pulling over on the N25.

“We found dozens of deals of cannabis herb on the variant and a follow up search found dozens of Brazilian variants living in a small room in a city centre house,” Gardaí stated.

The variants are all believed to working for a local meat plant owner, who cannot be named due to litigious billionaire reasons, and travelled through Dublin airport over the last three months to cut and pack meat for long hours under poor wages.

“Is hiring a highly contagious strain of covid-19 for our meat plant a bad idea? Probably. But look at it this way, they make us lots of money, so you cannot argue with that,” a manager at the plant gave.

Following today’s find, the government has vowed to do everything in its power to do nothing to interrupt the country’s meat processing industry.

“Most of the meat plants in Ireland are owned by good men who have far more money than us as a state, so let’s not poke the bear,” the Minister for Deflections concluded.