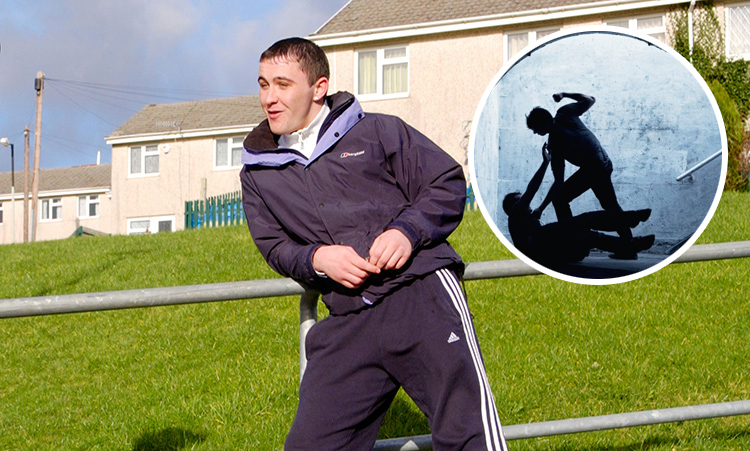 A COUNTY Waterford man has admitted today that he misses kicking the face off strangers outside pubs and chippers in the early morning, stating he would give anything for a good old-fashioned row right now, WWN reports.

Jayo Lonergan, who has 57 convictions ranging from assault to drug dealing, said he’d ‘gladly dance on someone’s head’ if given the chance, pointing out that fighting with friends and family members at home wasn’t near as good as beating a total stranger to a pulp for simply looking at him.

“Der’s only so many digs ya can giv a mate,” Lonergan pointed out, shaping up to this reporter, “see you now I’d batter de fukin’ hed off ya no bodder boi an leave ya far ded, but der’s no fun in dat coz we’re not drunk outside de chippers an dat, j’know wha’ I mean?”

With bars closed for the majority of the past 11 months, Lonergan’s street cred has slipped several points on the scumbag stock exchange leaving it up to him to come up with more creative ways of maintaining his ‘hard bastard’ reputation.

“Slapped a Tesco security guard in de face, I did, coz de little rat woz tellin’ me to put on a mask,” he added, recreating the proud moment by almost hitting this reporter in the head with his open hand, “hit him wit de palm of me hand like dis, I did, but missed and hit his thick hed. Cunt woz lucky I didn’t smash his nose inta his brain – he got off lite, so he did”.

Concluding the conversation, Lonergan called on anyone whose brave enough to meet him outside ‘the chippers’ any time after 2am, as he now spends his time waiting for someone to start.

“You’d pick out a few stranglers walkin’ home from sessions an’ dat, but I’m mad for a good row if anyone wants der go,” he finished, before spitting onto the ground and walking off with his arms swaying out like a menace.