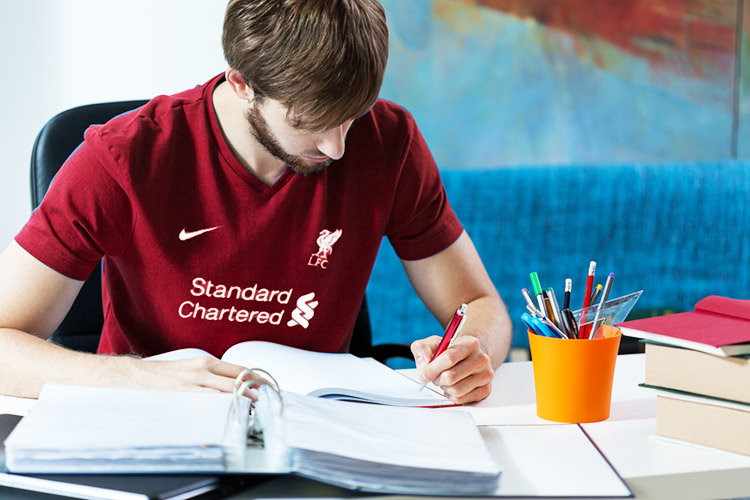 SPEAKING at a ferocious rate of knots and looking like they haven’t slept in days, one local Liverpool fan is putting the final touches to his 12,000 page dossier which suggests were it not for a plot against his club they would be 40 points clear at the top of the table.

“The ref blew for halftime when we were clean through, then there’s Pickford, Clattenburg saying Ferguson remotely controls all referee whistles, and the temperature at the Newcastle game was unseasonably mild, don’t tell me the Premier League didn’t plan all that,” confirmed an irate Anthony Healy, his head filled with more protruding vessels than the American navy.

Central to Healy’s theory is that when his team fails to win a game it isn’t fair and is an atrocity on a scale never seen before in human history. Healy, buried under a mountain of red string and thumb tacks, is believed to be the only football fan in existence to hold such an intractable opinion.

In the wake of a draw with Manchester United more boring than listening to Phil Neville read the phone book, Healy was at pains to explain that Liverpool going three games without scoring is the result of a clandestine campaign against his club which goes all the way to the top.

“If Luke Shaw puts in a man of the match display you know something isn’t right,” said Healy of the United/Liverpool game which has finished 0-0 in 17 of the last 10 games.

“You can’t sit there and tell me that if everything that has happened, had like, happened another way, things would not be different,” Healy said now producing his own hand drawn Premier League table, which righted all the wrongs Liverpool have been subject to.