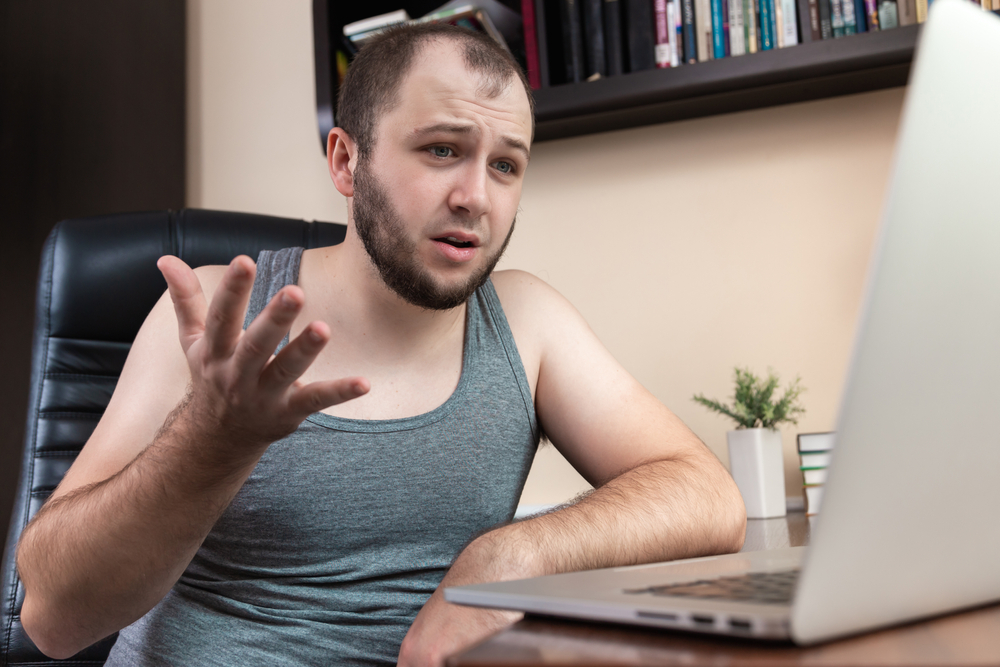 WATERFORD’S foremost Qanon advocate and long-time conspiracy headcase Ian Rafferty is today wondering what somebody has to do to get kicked off Twitter these days, after years of venomous tweeting proved not enough to warrant an expulsion from the platform in the last couple of days.

With some 70,000 alt-right members, white supremacists and Qanon conspirators booted off Twitter following last Friday’s failed coup at the Capitol Building in DC, Rafferty had hoped that he too would earn the sacred badge of social media martyr that would ‘fit perfectly’ with the lone wolf persona he had nurtured for the last five years.

However the 43-year-old was sadly left off the suspension list, leaving him free to tweet about as much conspiratorial nonsense as he likes, although his tweets now carry even less weight than before thanks to his mere existence as a Twitter user.

“How can I be taken seriously as a troll, when I’m not even enough of a troll to get booted off Twitter?” he sulked to his mam over breakfast this morning.

“Why didn’t they ban me? I’ve posted nothing except aggressively contrarian remarks and opinions since Trump entered office, I regularly engage in bad faith arguments to waste people’s time, and I even throw in ethnic and homophobic slurs all over the place. Did I do something wrong? Is it because I’m Irish? I don’t understand, I had the profile pic with the mirrored sunglasses and everything”.

Rafferty’s mam was unable to reply to him on the subject, as she doesn’t have a fucking clue what he’s talking about most of the time.