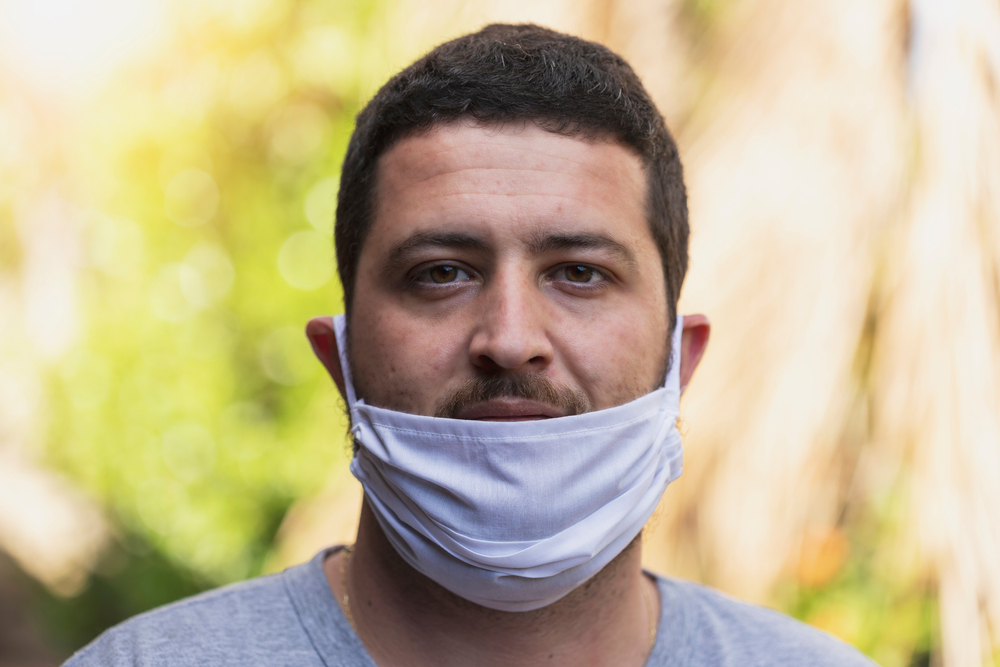 IN ADDITION to being able to issue on the spot fines of €100 for people breaching Covid laws, Gardaí have been given new powers which allow them to give the mother of all bollockings to eejits who, a year into a pandemic, still haven’t mastered the art of wearing a face mask above the nose.

A fixture in Irish shops and public spaces ever since the pandemic hit, a worrying number of morons continue to fail their mask wearers test and some don’t even possess a provisional mask wearing licence.

Although gardaí are now permitted to issue forceful ‘fuck sake you clown, pull your fucking mask up’ admonishments, something they have done several thousand times in the 12 minutes since the new law came into effect, some think this doesn’t go far enough.

“Send those eejits off to a reeducation camp on the Curragh, give them 6 weeks of intensive ‘do you see this yoke, you fucking gobshite? It goes over your nose’ exercises,” confirmed one member of the public. While another added that a mass sterilisation programme should be considered.

Further research into below the nose mask wearers revealed that these same people attempted to place condoms on their fingers, eat bananas without peeling them first, microwave tinfoil, walk through doors and in most extremes cases vote Fianna Fáil.

Sensing the eternal frustrations of people having to endure such gobshites, mask manufacturers have said they are working on new masks which send an electric shock to the wearer every time they pull down their mask in order to talk loudly at you.