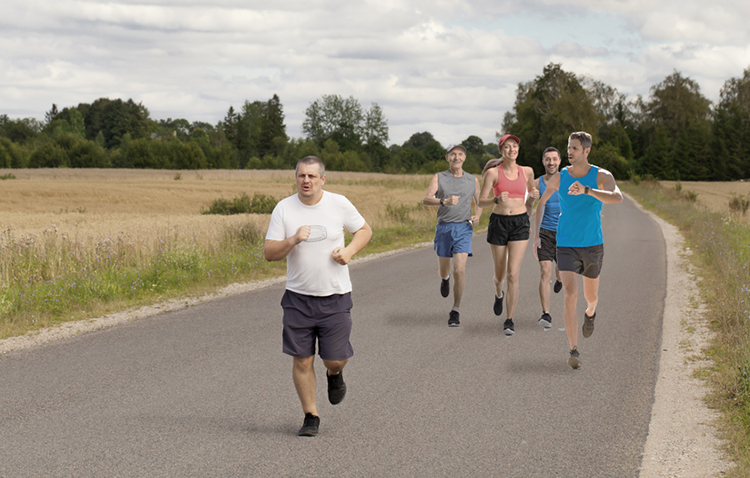 A MAN endeavouring to kick start his New Year fitness regime has been surrounded by a rapid pack of wild personal trainers, WWN has learned.

With gyms closed for the foreseeable future it is believed Ireland now has some 100,000 personal trainers left with no option but to operate in the wild, something local man Eamon Gough learned this morning while out for a laboured jog.

“They came out of nowhere, waving proteins powder and fitbits in my face, taking their tops off and flexing for no reason,” shared a shaken Gough, who, thanks to abusing his body over the Christmas period, was only able to run away from the fitness fundamentalists for 3 metres before collapsing in a heap.

“One tried to tie me up with resistance bands, he was shouting ‘no pain, no gain’ and promising me rock hard abs in 6 weeks. I just want to jog and nearly pass out in peace,” added Gough.

Gough is not alone in receiving unsolicited attention from wild PTs in recent days with many people reporting that PTs have offered to ‘spot them’ as they lift their shopping out of cars and demanded another round of reps from people squatting down to pick up litter.

“Our advice at the minute is to just carry on jogging and ignore them, if you are aware of a PTs ‘rest day’ we suggest you go out and exercise on that day,” shared a spokesperson for the Gardaí.

The public is asked to remain on the look out for personal trainers, known either for shouting words of gentle encouragements or making people cry, are easily identified in the wild due to their zero body hair and inability to talk about anything other than their current or next workouts.