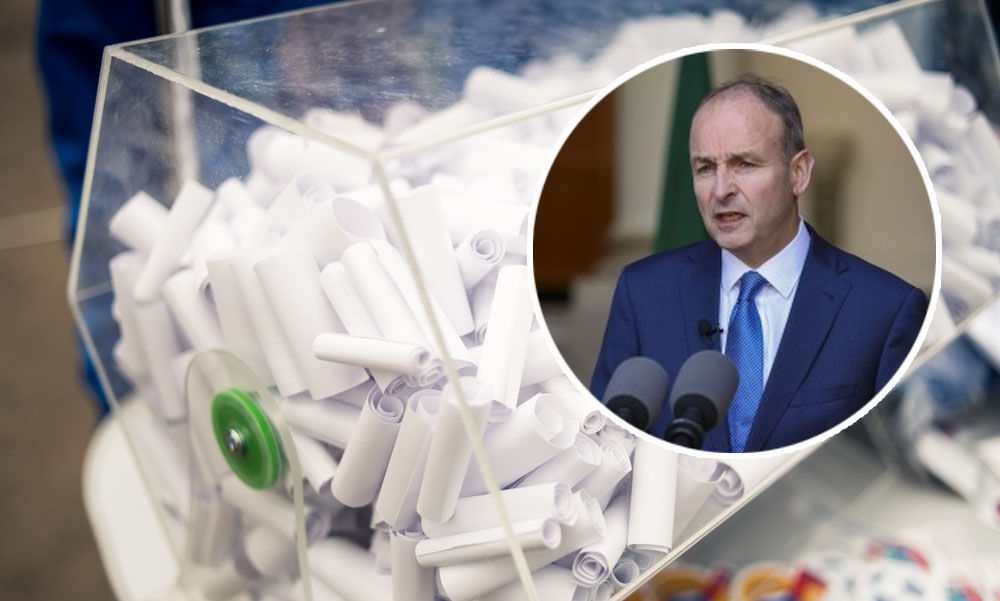 THE IRISH government has announced a new wave of national restrictions after randomly picking them from a raffle drum earlier today, WWN can confirm.

Tasked with writing down all previous restrictions on to pieces of paper and crunching them up into tiny balls, proxy Taoiseach Michael Martin rolled the raffle drum several times, before excitedly picking a dozen or so measures, citing yet another brand-new level of restrictions.

“We’re calling this one level 5 max, with the extra protection of wings,” voiced Martin, before pulling out his old favourite ‘close all pubs and restaurants restriction from the drum, “yay, I love this one! If only we could shut those blasted off licenses too”.

Originally resorting to picking restriction measures from their holes earlier in the year, the government admitted that the new raffle drum restriction method has its flaws, but is still fair all the same.

“We understand that over the past nine months we’ve managed to come up with about a thousand different levels, tiers, traffic light systems – whatever it’s called this week – but at least now we cannot be blamed for these decisions. It’s the luck of the draw!” Martin added, while picking out the restriction ‘close the hairdressers’ while leaving gyms and leisure centres open.

“Sure, we may be just making all this up as we go along and we actually have no idea what we’re doing, but if you could all just get back into your overpriced boxes, that would be great,” he concluded.