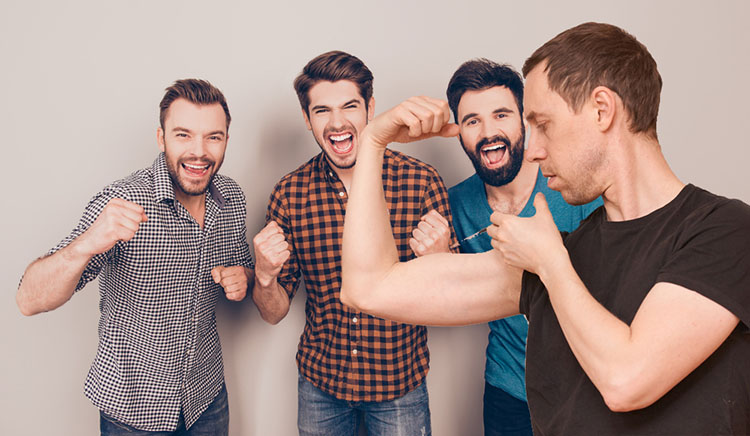 IGNORING all calls to enjoy the new coronavirus vaccine responsibly, a group of hardened sessioners from Waterford are adamant about binging the miracle cure over a 14-hour period on the 23rd of December as a modification of their usual ’12 pubs’ night out.

“I’ve told the missus already, an overdose of this thing might leave me sterile so if she wants kids, it’s time to start riding now!” beamed Declan ‘Santa’s Little Bollox’ Matthews, charting out the distribution clinics and hospitals where he and the boys are to get their dozen jabs, regardless of all current barriers in place.

“They say you only need two jabs but they also say that six pints is enough to drink over 24 hours, and as you can tell it’s a rare day we stick to that guideline! Ha ha! Yeah look, three jabs in each arm, three in each arse cheek. Leave the arse jabs to last in case it leaves you too sore to walk. We’ve this planned to a tee, we’re not amateurs”.

Matthews and his lads brushed off suggestions that the vaccinations should be set aside for frontline workers and the elderly, stating that it’s ‘every man for himself’ on an all-night vaccination bender with ‘the maddest bastards in Waterford’.

“Don’t forget the Covid-19 novelty numbers and face masks! Yeo!” yelled Matthews, as the rest of his group quietly acknowledged the fact that they’ll probably have three vaccination jabs at best before settling in the one hospital for the night.