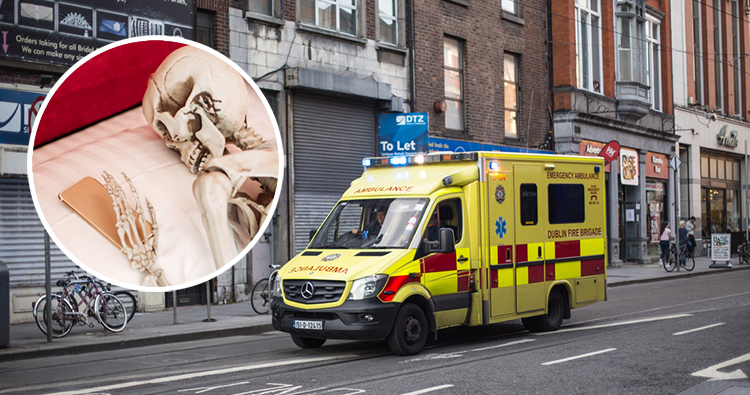 A COUNTY Waterford man was reportedly ‘dead for weeks’ while still waiting on Eir customer support to answer, emergency services who arrived at the gruesome scene confirmed today.

“The hold music was still playing through the loudspeaker on his phone when we entered his home,” said a paramedic, who had to break the dead man’s fingers which were clutching the phone, “there were 13 crossed out lines on the wall in front of him which we believe were the number of days he was waiting before passing out from dehydration and exhaustion”.

Relatives of the 50-year-old recalled how irate he was over not being able to get through to the phone and broadband provider and was refusing to hang up for fear someone may just pick up the phone.

“His last words to me were ‘sorry, love, it’s just what if they answer the second I hang up?'” the victim’s daughter revealed, explaining her father missed her wedding in order to stay on hold.

The man is just one of dozens of victims this year who have died while waiting for customer service agents to answer.

“Three of those dead ended their own lives after finally getting through to an agent only for the line suddenly dropping as they were about to talk,” a report into the deaths read.