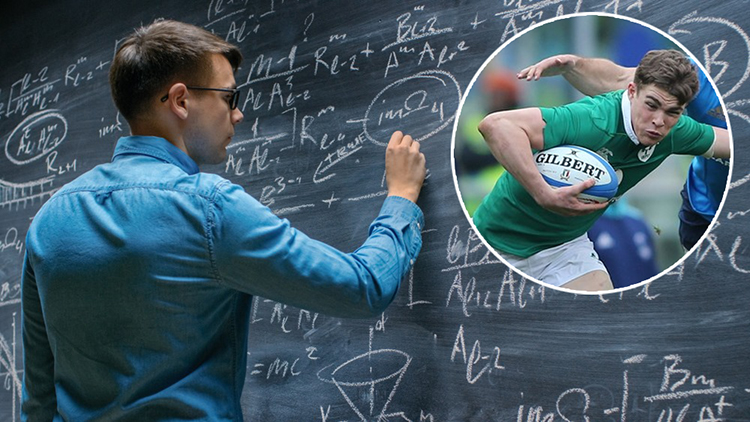 “BARE WITH me another second,” said a lost looking professor of mathematics Laurence Wright, standing before a white board overwhelmed by calculations and permutations that all reached a dead end, failing to explain how exactly Ireland’s game in France could see the men in green lift the 6 Nations championship.

“If we take England’s potential points difference here, and a bonus point for them against Italy would mean, Ireland would then have to…” offered the esteemed professor in pure mathematics, before again failing to find the answer.

Finding the concepts of continuous functions and Russell’s paradox a walk in the park, Wright had hoped to provide broadcasters, former players turn pundits, supporters and the Ireland squad themselves with an easy way to watch tomorrow’s games, all the while knowing exactly what Ireland needs to do depending on various possible outcomes.

“This can’t be,” said Wright after a complex equation which ran across several whiteboards said Ireland would need to win by 500 points if Nigel Owens had a kebab for breakfast.

With an esteemed, world renowned professor unable to provide clarity, it is believed it will be left to the nation’s most ardent beer swilling rugby fans to down 6 cans, crush them on their forehead and summon divine mathematical intervention.

“Look we just bloody well need to give the Frogs the mother of all rogerings and we’ll be home and hosed,” concluded one supporter.