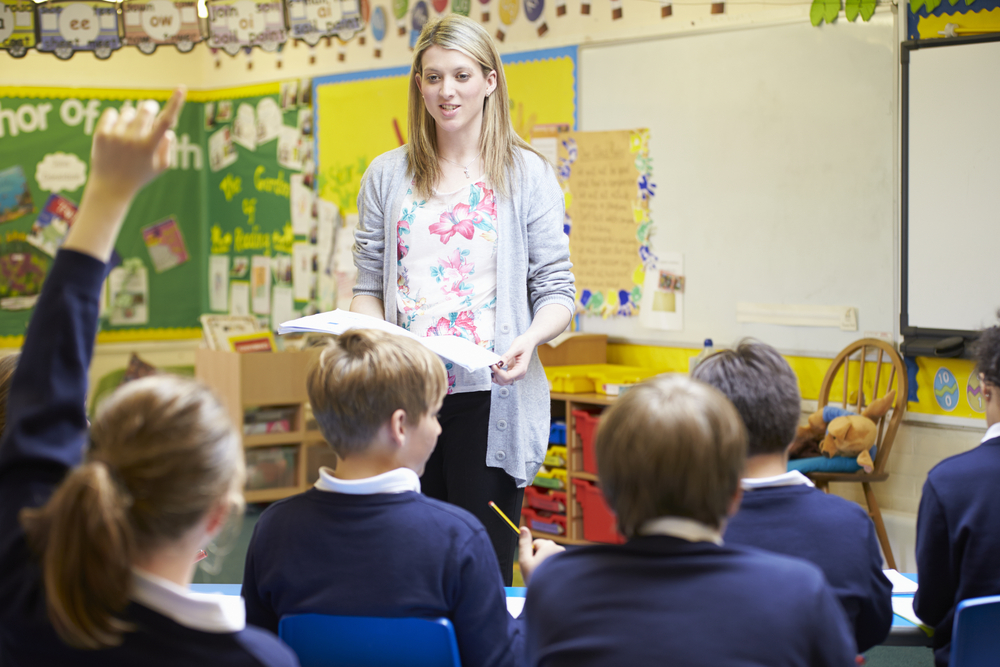 CLAIMS made by the Government that education funding in Budget 2021 will see the average size of primary schools classes reduced by one to 24 pupils per class, is welcome if confusing news for Galway native and teacher in an overcrowded classroom of 35 adorable little shits that’d test the patience of a saint, Marie Taff.

“I was surprised as anyone that we’re at an average of 25 per class, but fair play they’re getting it reduced by one, and no better time for it than in the age of Covid,” Miss Taff shared before knocking down a wall in her classroom with a sledge hammer to make room for her students, who are among the 17.8% of pupils in overcrowded classrooms.

While the mathematically challenged among her charges queried how the Department of Education could be patting itself on the back when they have 35 students in their class, Miss Taff explained that they wouldn’t be covering the subject of truth stretching, self serving spin and bare faced cheek until 3rd class.

“Maybe I should get my eyes tested, I knew I must have been seeing double, silly me,” Miss Taff added while staring at 35 adorable little bacteria factories hemmed in against each other in a building that would lose in a fight to a gust of wind.

Education experts confirmed that if the promise of increased teachers proves as genuine as previous government promises not to use ‘temporary’ prefab buildings as classrooms for the guts of 20 years, the only viable option for reducing class sizes will have to involve more drastic options.

“Come on we all know they’re full of shit, if teachers want reduced class sizes they’re going to have run Hunger Games style survival of the fittest duels to the death among pupils,” confirmed one education expert.