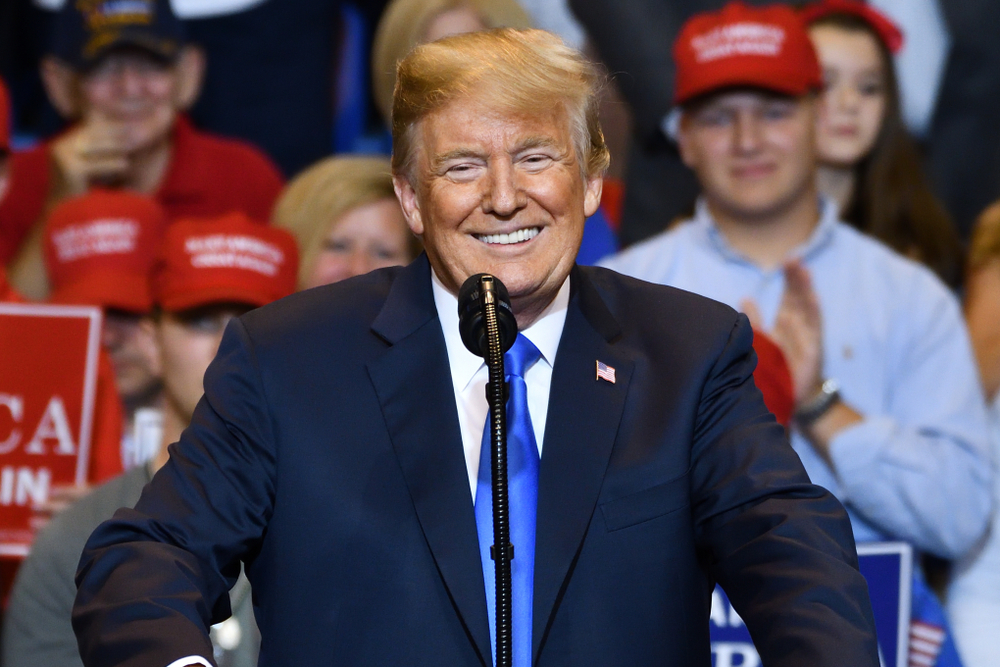 “Hahahahaha,” continued the world, unable to control itself, apart from one goodie-two-shoes who refused to wish the leader a long, drawn out and painful recovery.

Trump, the world’s leading source in Coronavirus misinformation has held packed rallies, undermined health officials, refused to wear a mask and dismissed 205,000 US deaths as ‘it is what it is’, has now contracted Covid-19 representing his first positive result for some time as he continues to trail Joe Biden in the polls.

The president’s diagnosis is being described as a huge PR win for the virus and possible proof that Karma exists.

“Get me 10ccs of bleach now!” White House medical staff were heard shouting as they sought to deal with the president’s positive diagnosis alongside his wife, “aim the light directly into the body” staff added as a second team of aides desperately tried to reapply his orange tan which he was sweating off at what was described as a very satisfying rate.

By contracting the virus he has long downplayed with disastrous consequences for others Trump caps off a hugely successful week in which he failed to condemn white supremacists during a terrible debate performance and it emerged he paid $750 in federal income tax.

Despite what is being described as ‘the best, most gratifying laugh’ experienced by the world in years, the world has been reminded that Trump’s weight and elderly age places in the high risk category for Covid-19.