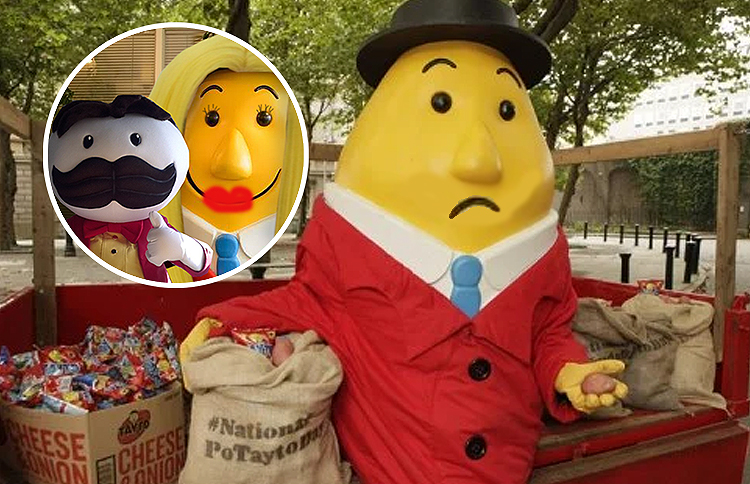 YET ANOTHER HIGH profile couple in the limelight have found themselves the subject of endless tabloid attention as rumours persist about the meltdown of what was once a successful marriage.

Second only to aspirational Irish couple royalty Amy Huberman and Brian O’Driscoll in Irish people’s affections, sentient humanoid crisps Mr and Mrs Tayto, so often the source of so-called ‘couple goals’ are said to divorcing amid reports of a devastating affair.

“Italian looking moustachioed prick,” was the only comment Mr Tayto would give to reporters as he was asked about his wife, Mrs Tayto, running off with Mr Pringle.

Further adding to speculation Mr Tayto then took to Instagram to post a broken hearted emoji alongside the words “I’m sadder than some poor unfortunate in a shop with only Walkers to choose from”.

Sources close to the now former couple have suggested that Mrs Tayto was taken with Mr Pringle’s enviable length and had grown tired of her husband’s constant need to be in the media spotlight. Famously romantic, Mr Tayto constructed Ireland’s answer to the Taj Mahal, Tayto Park, as a grand declaration of love to his wife, but even a gesture such of this wasn’t enough to keep his wife from straying.

“Mr Tayto didn’t pay me enough attention,” Mrs Tayto is alleged to have shared with one confidant, “he spent too much chasing fame and Jesus, he let it all go to his head – he wouldn’t even let me call him by his Christian name, it was always ‘Mr Tayto’. No one fucking cares, Donal!”

Speaking of her burgeoning romance with Mr Pringle, Mrs Tayto added “I’ll let him rip me open and lick me until there wasn’t a crumb left, if you know what I mean”.